Home > Learning Center > Conflict Resolution > Verbal Abuse, Emotional Abuse - Overt and Covert
Are You on Your Mobile Phone? Click here for 2800+ mobile optimized, self help and self growth articles.

If you are in a verbally/emotionally abusive relationship, awareness of it is the first step, and learning how to disengage may be the next step. 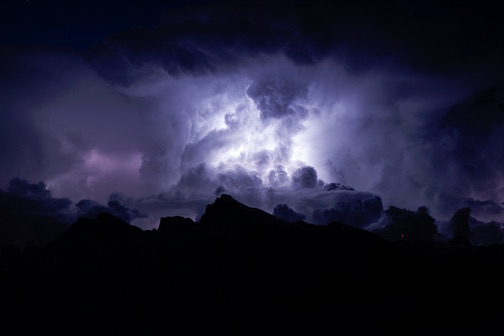 Our society is filled with verbal and emotional abuse, from radio and TV commentators and presidential candidates, to parents, educators, employers and managers. As Patricia Evans states in "The Verbally Abusive Relationship", the old adage, "Sticks and stones can break my bones but words will never hurt me," is not at all true. Just as physical abuse is wounding the to body, verbal abuse is deeply wounding to the soul.

Behind verbal and emotional abuse is always about a desire to control the other person - to have power over the other's feelings and actions.

•    Lack of empathy
•    Withholding and withdrawing
•    Judging another with seeming kindness: "Honey, You're just a bad driver"
•    Discounting another's feelings and opinions
•    Being nice to others but not to a partner
•    Being competitive
•    Acting like the victim
•    Quick come-backs or joking put-downs

It is vitally important for people at the other end of verbal or emotional abuse to understand that you DO NOT CAUSE AN ABUSER TO BE ABUSIVE, and that there is no excuse or justification for any form of abuse.

Once you understand that you do not cause abusers to be abusive, perhaps you can also understand that there is nothing you can do to have control over getting an abuser to see or understand what he or she is doing, or how hurtful it is to you, or to understand your point of view. There is no way of having a rational discussion because, when someone is deeply attached to having power and control over another, they don't WANT to understand or work it out.

Abuse comes from feeling very powerless, from not being able to handle fear, loneliness, heartache, and helplessness over others. Abusers want to have control over getting others to do what they want so they don't have to feel their painful feelings. Trying to talk things out is often the last thing they want to do. They just want to win - to have their way. However, there are things you can do to not be a victim of verbally abusive behavior. (Physical abuse is another matter. It is imperative to find a way to leave a relationship that is physically dangerous to you or your children.)

Patricia Evans, in the above-mentioned book, states that what abusers really want is connection. Because they are so disconnected from themselves - from their own feelings and from a spiritual source of comfort and guidance - they are desperate to connect with another person. But for them connection is more like ownership, rather than authentic connection based on mutuality and caring. When you engage with an abuser through explaining, defending, trying to understand, or complying, you are giving the abuser what he or she wants - some level of connection. It's important to recognize that, while you are never causing an abuser to abuse, you might be feeding the abuse with your response.

Taking Care Of Yourself

If you are in a relationship with a verbal/emotional abuser and you are not ready to leave the relationship, you might want to try NOT connecting at ALL with the abuser when there is any level of abuse. By completely disengaging from any abusive interaction, or at the most saying an incredulous, "What?" (which Evans recommends in "Controlling People") and then disengaging by singing a "happy song" (a simple song that you sing in your mind to stop thinking about the interaction), you might have a chance of stopping the cycle of abuse.

The challenge in taking this action on your own behalf is to learn to disengage both physically and energetically - which is why singing your happy song is so important. Singing moves you out of your programmed reactive left-brain wounded self and into your spiritually-connected right-brain, energetically stopping your engagement in the interaction.

While disengaging in this way doesn't guarantee that your relationship will heal, it may be the only possibility you have other than leaving. Perhaps it's worth a try!