Home > Learning Center > Anxiety, Depression, Stress > Anxiety: A Lack of Reality
Are You on Your Mobile Phone? Click here for 2800+ mobile optimized, self help and self growth articles.

Anxiety: A Lack of Reality

Discover some major underlying causes of anxiety and what you can do to heal your anxiety. 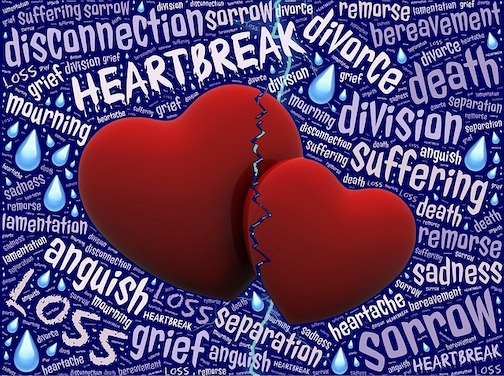 Brent started to work with me after his wife, Carla, suddenly decided to leave their marriage. They had been married five years and Brent thought everything was fine. Then Brent became ill and Carla withdrew. And then she was gone.

Brent was devastated. He loved Carla and wanted her back. However, he soon learned that she had not been honest with him, even from the beginning of their relationship. He learned that she had been more interested in his money than in him. In the divorce, she was ruthlessly going after his money.

After a couple of months, Brent was doing better...

He had let go of Carla and had started to date. Then Carla sent him an email where her tone was softer then it had been, and this sent Brent back into anxiety.

"I have been waking up anxious every morning," Brent told me in one of our Skype sessions. "And I'm feeling anxiety a lot during the day."

"Brent, what are you telling yourself about Carla?"

"Brent, Carla left you when you were really sick. She lacked any compassion for you. You told me that you had noticed her lack of compassion toward other people as well. Then she told you that she never loved you. Now she is going after your money, even though she earns her own. You are not in reality about who Carla is. You are making her up, and this is what is causing your anxiety. Your inner child - your feeling self - is letting you know with this anxiety that you are off track in your thinking, that your thinking is not based on reality. And your inner child is anxious that you are going to abandon him by going after someone who is not a loving person, while pretending that she is."

"Perhaps, but this is not who she is choosing to be. You are not accepting the reality of who she is choosing to be. You will always feel anxious when you do not accept the reality of things. You keep thinking that if you say the right thing or do the right thing, not only will she come back, but she will be willing to deal with herself and be who you want her to be. None of this is reality. She has given you no indication that she is willing to go into counseling with you, no indication that she is interested in changing. You are making all of this up, and this is causing your anxiety."

"I know that you are right, but this is so hard. It is so hard to let go."

Trying to Control What You Can't Control Creates Anxiety

"Yes, I see that. I want control over getting Carla to be the way I thought she was. I don't even like who she is right now, but I don't want to accept that this is who she is choosing to be. I can see that I need to accept this reality and not keep thinking that I can get her to come back and to be the way I thought she was. Ah, I am starting to feel better! The anxiety is going away."

Anxiety results from not accepting how things are and from trying to control things that you cannot control. When you are experiencing anxiety, practicing Inner Bonding can move you back into reality, back into loving action for yourself.

Image by John Hain from Pixabay