Home > Learning Center > Relationship Advice, Love Advice > Non-Reactivity - A Major Key to Relationship Health
Are You on Your Mobile Phone? Click here for 2800+ mobile optimized, self help and self growth articles. 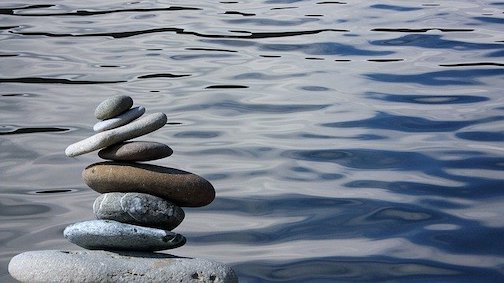 How much of your behavior is in reaction to your partner? What do you do when your partner:

* gets angry or irritated with you?
* withdraws from you?
* is blaming or criticizing you?
* misunderstands you or is not seeing you accurately?
* is always busy?
* is complaining, needy, or pouty?
* threatens you physically, financially, emotionally, or sexually?
* threatens the relationship, or behaves in ways that feel rejecting to you?


Take a moment to think about how you respond to any of the above behaviors. Do you react in any of the above ways? Do you get defensive? Do you try to explain yourself? Do you become compliant, giving yourself up?

Personal responsibility means having response-ability - the ability to respond in a way that takes loving care of yourself. None of these reactions are personally responsible. All of them will cause problems in your relationship. These reactions either escalate the conflict or create a tense distance between partners. All of these reactions stem from a desire to have control over getting love or avoiding pain, but they tend to create the very situations that you are trying to avoid.

Tabitha consulted with me because her yearlong relationship with her boyfriend, Douglas, was in trouble. Both Tabitha and Douglas were in their 40s and both had been married before. In her first Skype session with me, Tabitha stated:

"I can't believe this is happening to me again. Every relationship I've had, including my marriage, has reached this point of seemingly irresolvable conflict. What am I doing wrong?"

Tabitha went on to describe what was happening between her and Douglas.

"A lot of things I do seem to really irritate him. We have wonderful times and then suddenly he is very angry and threatening to end the relationship."

"I try to talk with him and explain why I did whatever it is he is upset about. I try so hard to not do the things that upset him, and now I feel like I am walking on eggshells."

"What happens when you try to talk with him and try not to upset him?"

"For some reason, things are getting worse."

Tabitha was trying to have control over Douglas not getting angry by explaining and giving herself up, but it wasn't working. Douglas was getting angry even more often.

"Tabitha, how would you feel about learning to take care of yourself rather than trying to control Douglas when he is angry?"

"The first thing you need to learn is how to become non-reactive. As long as you are reacting to Douglas with your own controlling behavior, nothing will change. Being non-reactive means that you don't get angry, you don't explain, you don't give yourself up. It means that you don't react at all - that you completely disengage from the interaction as soon as Douglas gets angry. Disengaging is not the same as withdrawing. When you withdraw, you are closing your heart and probably blaming him. He will pick up the energy of your hurt or anger and react to it.

"I am going to teach you a simple way of disengaging. If you practice this, you will find things changing rapidly. I call this, "singing your happy song." You find a simple little happy song that you like, such as "Zippity Do Dah" and you sing it silently in your mind as you walk away from any negative interaction. Singing your happy song keeps you focused on something happy rather on your anger, hurt, fear, or anxiety. But you can do this only when you let go of trying to control him and focus on taking care of yourself instead."

Tabitha practiced her "happy song" all week until our next session. She reported that they had the calmest week they had had in a long time! As things calmed down, they were then able to have meaningful and productive discussions about the issues in their relationship.

Image by No-longer-here from Pixabay