Home > Learning Center > Spiritual Connection > Sitting With A False Belief
Are You on Your Mobile Phone? Click here for 2800+ mobile optimized, self help and self growth articles. 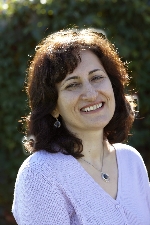 Sitting With A False Belief

Sitting with a belief is a powerful way to resolve deep-seated false beliefs that rob us of our birthright to joy.


It was at the last intensive that Margaret told us what sitting with a belief/feeling is about. It looked very intriguing so I decided when opportunity presents itself to try it.

I did not need to wait for a long time. One of my core beliefs is that I am dark. I used this belief to excuse inexcusable behavior of the other people. It was very convenient, if I ran out of other excuses, it was always there ready to be used.

I’ve already did a lot of inner bonding regarding this belief, did not find any darkness within me but still for some reason that belief was hanging over me.

So I’ve decided to sit with my little girl and find the monster within me. I had no clue what am I going to do while sitting and waiting but I gave it a try.

On the first day when I approached my little girl I just told her that I will be with her and that I want to learn about her belief that she is dark. She was very surprised and told me it was better if I leave. I persisted and showed up every single day. As time was going on a monster did not show up, but I started to get to know my little girl. At the beginning she was very timid but slowly started to show her joy, playfulness and extreme gentleness. I watched her play, run around, and really enjoyed her company. Then it suddenly hit me that there is not a trace of darkness within her, only pure light.

Something still did not make any sense. If I had the belief that I am dark it must be coming from somewhere. I put my intention to learn about it, and asked my Guide to guide me. Not long after that I witnessed what the darkness was about.

As I was sitting and watching her play suddenly a dark energy from the outside was dumped on both of us. What the hell was this? The darkness was definitely coming from the outside. And here is where Guidance was responding on my intent to learn.

The incident was from the past, but my Guide just recreated it. Whenever somebody unloaded anger a dark, heavy load was just dumped on my little girl. She was told it was her fault, and if she were better it would not happen. She then tried to clean up the mass, be better and just as she finished the job another load was delivered. She would clean, be better, more understanding, giving, helping but it did not help.

Just by sitting with this belief I witnessed the truth. It was totally opposite from what I believed all my life. The darkness is not within me - it was coming form the outside. It belonged to angry, judgmental, entitled people. They could not handle it so they just tried to get rid of it, and dump it on somebody else.

Everything was crystal clear, and my Guide used the best way to help me learn. She recreated a few incidents, but as I (loving adult) was present with my child the impact was not as before. I stood in between the dark unload and my child. The child did not need to go and do any clean up. With the loving help of my Guide I explained the truth to my little girl.

The truth is: She is and never was dark.

When some people get angry, have a lot of pain, feel fearful and insecure they simply attack the other people, and blame them for their feelings. She was not responsible for their feelings, and she definitely was not causing them. She does not need to do anything any more, because in the future I will be handling those incidents.

Now I know the truth, and I do not feel dark any more.

When faced with anger, blame, intimidation I do not accept responsibility, and I do NOTHING. It feels really good. I don’t feel drained, and my little girl does not need to caretake anymore.

It also proved once again that knowing about something is one thing but experiencing it is other.

Sitting with a belief is very powerful, very liberating and so worth it.