Home > Learning Center > Conflict Resolution > Diffusing Anger or Feeding the Flames
Are You on Your Mobile Phone? Click here for 2800+ mobile optimized, self help and self growth articles.

Diffusing Anger or Feeding the Flames

Do your minor conflicts often erupt into major fights? Discover how to diffuse anger in relationship conflicts. 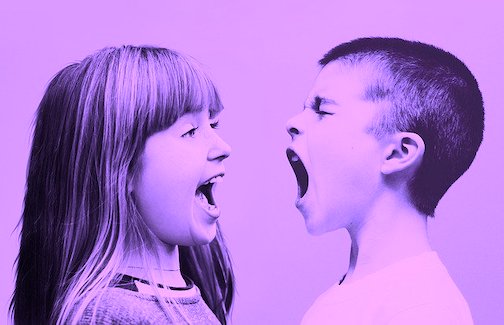 Have you ever had an argument with someone - a partner, spouse, close friend, child, parent or other relative, or a business associate - that started small and spiraled into an intense conflict? Have you ever scratched your head, wondering how it got so out of control?

Let's take a look at what feeds the flames of anger and what diffuses it.

Feeding the Flames of Anger

Emma and Jake have been married for 14 years. They love each other, but they frequently have arguments that escalate into intense fights where both of them end up feeling awful.

They've noticed that it doesn't matter what the conflict is about. Just about anything can touch off their anger, defensiveness, and blame. Then the laundry list from the past comes up and they are at it, often ending with threats of divorce, which neither of them wants.

The problem is that they feed the flames with ANY response once one of them is angry.

Once a person is angry, he or she is no longer open to hearing another view of things. Anger is a way the wounded self has learned to try to have control over getting one's way. When a person is angry and yelling at or blaming another person, they are trying to bully that person into doing what they want. They don't want to hear the other's feelings, explanations, lectures, or logic. When they are angry, they may have no feelings of caring about the other person - they just want to control the person or the situation. There is no intent to learn.

Therefore, anything you say to an angry person feeds the flames of anger and escalates the conflict. The angry person may use whatever you say against you. Then your own anger escalates as you defend against the attack and attempt to gain control over the other person's behavior, feelings or views.

Now you are both pointlessly trying to control each other, bringing out the heavy artillery as you defend your position.

Most people, when yelled at, attacked, accused, or blamed, get triggered into defending and explaining - hoping to change the angry person's mind and behavior. It is as if the angry person has thrown out a hook and you bite. If it is someone who knows you well, like your partner, he or she knows exactly what to say to you that hooks you into engaging in the conflict.

Yet engaging is exactly what feeds the flames. To diffuse the anger, you need to disengage. Disengaging means that you COMPLETELY unhook yourself from the conflict.

Disengaging does NOT mean that you walk away in anger, muttering under your breath about how bad and wrong the other person is and how he or she can't treat you this way. It does NOT mean that you shut down, closing your heart and withdrawing your love or caring. Your silent anger and withdrawal of caring are just other ways of trying to control the angry person. Energetically, you are still engaged, and the other person knows it, albeit unconsciously. They know they have gotten to you, which fuels their hopes of winning.

Completely letting go is a very loving act toward yourself and the other person.

Because the other person energetically gets that their anger is not working, they are more likely to calm down. When the other person is friendly again, you are ready and willing to re-engage with no hard feelings and nothing to rehash, because you have kept your heart open and taken loving care of yourself.

The more you practice Inner Bonding, the less need you will have to control the other person and the easier it will be for you to disengage and take responsibility for yourself.

Image by Sarah Richter from Pixabay