Home > Learning Center > Happiness, Healing, Self-Esteem > Learning to Feel Truly Loved: A Path for Drew Barrymore?
Are You on Your Mobile Phone? Click here for 2800+ mobile optimized, self help and self growth articles. 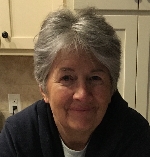 Learning to Feel Truly Loved: A Path for Drew Barrymore?

Even movie stars need to learn how to love themselves and take care of their children within. Drew Barrymore's poignant comments remind us all of what it is like to feel unmothered, and how we can heal through Inner Bonding.


Parade Magazine's September 27 article on Drew Barrymore, "The Truth Behind the Smile," drew my interest. Author Kevin Sessums directs our attention to the contradictions in Drew, how the childlike twinkle in her eyes belies the amount of inner tragedy she has lived through in her 34 years. Drew's father left her mother shortly after Drew's birth and descended into years of drug addiction and homelessness. After Drew's debut in E.T., her mother began taking Drew to all-night parties. By the time Drew was ten, she was drinking and doing drugs. By 13 she entered rehab (the first of at least 3 stints) and at 14 attempted suicide. At 15 she sued her parents to achieve legal emancipation. When asked if she ever felt securely loved, she answers quietly, "No, not yet."

My heart broke for this beautiful child, now a woman, whose perpetually upturned corners of her mouth make you believe she is impishly happy. Yet Drew says, "There seems to be this ball of stress inside me that I can't get rid of." In the mess of her trailer, she confesses to Sessums that she is always "willing herself forward" to happiness, and reminding herself many times a day that HAPPINESS IS A CHOICE.

Her own film company's latest release, which Drew herself directed and stars in, is WHIP IT. She says that at the end of the film, there is truth, not necessarily happiness. The parents of Babe Ruthless (the roller blader played by Ellen Page) struggle to accept that their daughter is not captivated by the dream of being a pageant queen, nor is she a boy racking up football wins. The mother-daughter relationship, the more complex of the two, shows us the difficulty of a parent trying to find happiness by living through the experiences of the child rather than learning that half of good parenting is being loving to yourself, taking responsibility for your own feelings and for your own happiness. The parents are a realistic portrait of many parents: essentially loving their children but at times shackled by their own woundedness.

Yet "average" woundedness of parents cannot compare to the truly abysmal parenting Drew, in real life, experienced most of the time. She says that she has always had to mother herself. When Sessums asks her about therapy, she hedges, saying maybe she doesn't really need one after all, now that she is finally an adult, mothering herself.

I yearned for this beautiful and talented actress to find Inner Bonding, to find a path towards loving herself gently and fully so that she doesn't have to work so hard to will herself to be happy. I thought of all the Inner Bonders who have learned to be both mother and father to themselves, healing the wounds that were left there by at best, flawed parenting and at worst, truly abusive parenting. Drew has pieces of the healing path -- she is realizes that what she tells herself matters, choosing to believe happiness IS a choice, and she knows that she has to, as she always has had to, mother herself. I thought how wonderful if Drew could find Inner Bonding and learn how to mother herself in a fully healing way. What a gift Inner Bonding would be to her: an actual clear, handy, and user-friendly process that could make a permanent difference in her life.

(You can read the article at Parade.com/drew)

How often do you argue, defend, explain, threaten, attack, blame or shut down, rather than feel the authentic heartache and loneliness of another's unloving behavior? Today, practice attending to these core painful feelings with deep compassion for yourself, rather than avoid these feelings with controlling behavior.

Aug-03: COVID-19: Are You Trusting Yourself or Trusting Authorities?

Jul-27: Goals: Guiding Your Course or Attached to Outcomes

Jul-20: You Can Change The World

How often do you argue, defend, explain, threaten, attack, blame or shut down, rather than feel the authentic heartache and loneliness of another's unloving behavior? Today, practice attending to these core painful feelings with deep compassion for yourself, rather than avoid these feelings with controlling behavior. By Dr. Margaret Paul