Home > Learning Center > Happiness, Healing, Self-Esteem > You CAN Learn To Make Yourself Feel Safe
Are You on Your Mobile Phone? Click here for 2800+ mobile optimized, self help and self growth articles.

You CAN Learn To Make Yourself Feel Safe

Are you still doing the things you learned as a child to try to feel safe, that may be causing your current lack of feeling safe? 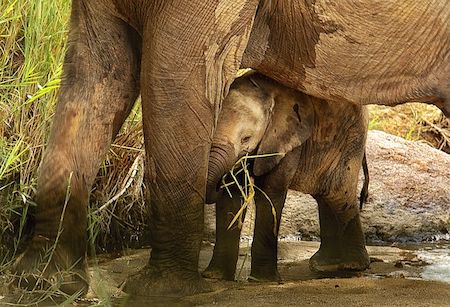 Growing up, many of us didn't feel at all safe in our households. Many of us had parents or other caregivers who were physically, emotionally, and/or sexually abusive or neglectful. We had to find ways to manage this lack of safety, so we learned to numb out, eat or use other substances, be good, be bad or try to be perfect, or project the fear on something other than our parents, because acknowledging that it was our parents causing our fear caused more fear.

Even as grown-ups, we might still use the protections we developed as children, except now, instead of making us feel safe, our own self-abandoning controlling behavior causes us to feel unsafe.

Stacey grew up with a mother who constantly screamed at her. By the time she was 8 years old, she had a great deal of difficulty sleeping. She couldn't sleep with her back to the door for fear that someone would sneak into her bedroom and hurt her. This went on until she was an adolescent and could get out of her house more often.

Stacey married a man much like her mother - a man who was constantly angry at her. Instead of facing the situation head on - which she couldn't do because she had no idea how to take responsibility for her own safety in the face of her husband's anger - she focused her fears on her young children, sometimes becoming immobilized by her fears of something bad happening to them.

Whenever she and her husband had a particularly bad fight, Stacey would find something to focus her fears on, worrying herself sick. She never made the connection between her obsessive worrying and feeling unsafe in her environment, until some time after starting to practice Inner Bonding.

Stacey told me that in one of her Inner Bonding dialogues, when she was in the midst of worrying about her teenage son, her guidance told her that it wasn't about her son. It was about not having taken care of herself in her last fight with her husband. Her inner child felt very unsafe because Stacey was not taking responsibility for her own safety in her relationship with her husband.

"When I don’t feel safe, I still externalize it, just as I did as a kid. I was doing really great for a while, and then Bob and I had a bad fight. Instead of disengaging as you've suggested, I got so scared that I did anything I could to fix the problem so he would stop being angry. I totally abandoned my inner child, and then I started obsessing about my son. I was so worried about his grades and his getting into drugs that I could hardly think of anything else.”

“I can’t stay in faith when I abandon myself.”

“Then, in my latest dialogue, I saw that it isn't about him at all. This is what I do when I don't feel safe because I’m not showing up as a loving adult. To make things worse, when I focus on externals, I start to lose my faith, and then I really feel unsafe! I seem to have faith only as long as I am making myself feel safe with loving actions. When I do this, I am able to stay connected with God, and when I don't, I can't stay connected."

Once Stacey became aware of how unsafe she felt due to not showing up for herself as a loving adult, and how this spiraled her down into deep anxiety, depression and disconnection with her guidance, she became VERY motivated to learn to create inner safety!