Home > Learning Center > Communication Skills, Effective Communication > What you Say, What People Hear
Are You on Your Mobile Phone? Click here for 2800+ mobile optimized, self help and self growth articles.

What you Say, What People Hear

Does the communication between you and your partner often get confusing? Here's why! 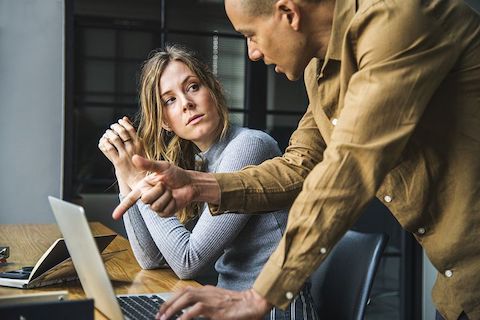 Communication between partners often gets confusing, and there is a very good reason for this. Most of the time, the words we use have far less impact than the energy behind the words. Therefore, what you say is often not what the other person hears.

In one of my phone counseling sessions with Joshua, he complained about the fact that his wife, Joan, often gets upset with him over seemingly minor issues. A recent conflict had occurred over a book she was reading. He had asked her why she was reading that particular book, and she had responded to him with irritation.

"Joshua," I asked, "why were you asking her about the book?"

"I was just curious."

"Go deeper," I said. "Was there anything about the book that was threatening to you?"

"Well...yeah. It was a book about women and codependency."

"And what was threatening to you?"

"I'm afraid of Joan pulling away from me."

"So, which intent do you think was operating at that moment - the intent to control her or the intent to learn about yourself and her?"

"I guess to be honest, I have to say that I was wanting to control her. When I think back on it, I think my tone of voice may have been blaming. Joan always tells me that she hates how much I try to control her, and I always think she is wrong about that. But I think I was trying to control her."

"And she responded to your intent to control with irritation, which is what is happening frequently in your relationship, right?"

"Right. So what would I have said if I was open to learning?"

It's All About the Energy

"Yes, I can see where that is probably true. Okay, I got it. I've been trying to control her and that is what she is responding to, not to the words I've been using."

Joshua started to notice his intent. Every time Joan got irritated or distant from him, he noticed that his intent was to control. It was a big challenge to shift out of trying to control her, since he had been doing this most of his life in all his relationships, but Joshua was very motivated to change. He knew that if he didn't, he ran the risk of losing his marriage. He started to focus on taking loving care of himself and his own feelings instead of trying to change Joan.

As Joshua became more aware of his intent, he was able to consciously shift his intent from controlling to learning about taking care of himself. As his intent shifted, the energy of his communications with Joan shifted, and their relationship greatly improved. Joshua was thrilled with the deeper understanding and intimacy that was growing between them.