Home > Learning Center > Sexuality and Intimacy > I Love Him But I'm Not Turned On To Him
Are You on Your Mobile Phone? Click here for 2800+ mobile optimized, self help and self growth articles.

I Love Him But I'm Not Turned On To Him

Do you love your partner but rarely feel sexually turned on to him or her? Do you have arguments about sex? 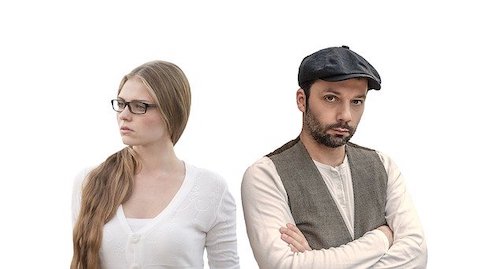 Erin married Dylan because he was the first man who expressed his love for her and was really nice to her. She was not sexually turned on to him, but she figured that this would come in time. Now, 15 years later, sex is a huge problem in their relationship.

Erin sought me for counseling due to this issue.

"I love Dylan. He is my best friend. I enjoy being with him and doing things with him. But the sex issue is causing too many arguments. I end up feeling guilty because I don't want to make love with him. Is there something wrong with me?"

"Erin, have you ever felt attracted to Dylan?"

"There have been a few times when I was really attracted to him and sex was wonderful."

"What was going on at those times?"

"Those were times when Dylan stopped pulling on me to have sex with him and make him happy and seemed to be happy within himself. Most of the time, he is unhappy because of the sex issue. "

"I just don't feel attracted to him when he seems so needy."

"Yes, this is the issue. Women are attracted to a man when he is in his power - feeling good about himself - not when he is coming to you like a needy little boy wanting you to have sex with him to make him feel okay about himself. If he needs sex to feel good, then he is using you and sex addictively, and this will always make you feel used. Most women are not attracted to little boys, and when he is in a needy place, he is like a little boy rather than a strong man."

"Yes, that is exactly the problem! So there is nothing wrong with me for not being attracted to him when he is needy! What a relief!"

"Is Dylan open to doing his inner work to heal his neediness?"

"I don't know but I don't think so. He refuses to go to counseling with me."

"Erin, the way you can start to heal this issue is to stop feeling guilty and responsible for Dylan and start taking care of yourself by telling your truth. When he is needy and pulling on you for sex, you would need to say to him, 'I am attracted to you when you feel good about yourself, not when you are needy and wanting me to make you okay by having sex.'"

"But I am afraid of hurting his feelings if I say that."

"How do you feel about being with him when he is hurt and angry?"

"Then say that. Say 'I don't like being with you when you are hurt and angry. Let me know when you are open so we can talk about this.' Then disengage by doing something else - reading a book, going for a walk, calling a friend."

"Oh, he will be so angry if I don't stay and talk about his hurt and anger!"

Erin is working hard with her Inner Bonding practice to learn to let go of trying to control Dylan's feelings and take responsibility for herself. In our last session, she told me that she is seeing the light at the end of the tunnel - that she felt herself attracted to Dylan for the first time in a long time.