Home > Learning Center > Sexuality and Intimacy > Loving Yourself With A Sex Addicted Husband
Are You on Your Mobile Phone? Click here for 2800+ mobile optimized, self help and self growth articles.

Loving Yourself With A Sex Addicted Husband

Are you in a relationship with a partner who is sexually addicted? Learn what would be loving to yourself with a sex addicted partner. 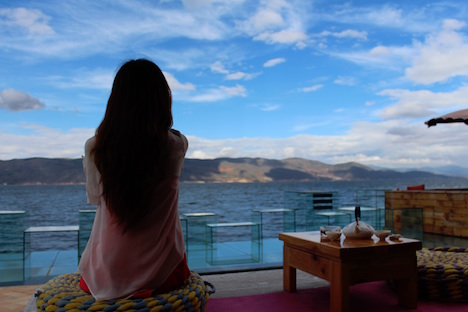 The deeper reason is self-abandonment rather than self-love.

Janet asked me the following question:

“My husband probably is a sex addict (pornography and has seen prostitutes). He has only admitted a small amount of his acting out that has occurred in our marriage. I believe he is a good person with a terrible addiction and I don't believe either of us can heal until the entire truth is revealed and we work together as a team against this addiction. How can I become a safe place where he can confide in me? I know he is very frightened of losing me, our marriage, our family.”

I honor Janet for caring about her husband and wanting to become a safe place where he can confide in her, but her assumption that he will heal when the truth is revealed and they work together as a team against the addiction isn’t accurate.

In order for her husband to heal, he first needs to want to heal. Even if he reveals everything to Janet, unless he clearly wants to heal, healing isn’t going to occur.

He would also likely need to join SAA – Sex Addicts Anonymous to receive the support he would need to go into abstinence. But becoming abstinent isn’t enough. If he keeps abandoning himself, he will continue to create the inner emptiness that leads to addictive behavior.

Loving Herself Within This Marriage

The first thing that Janet can do is ask her husband if he will come to counseling with her. They both need the safety of a compassionate third person to help them deal with the issue.

If he won’t go to counseling with her and if he doesn’t want to heal his addiction in his own counseling, then Janet needs to decide whether she is willing to stay in the marriage. In order to stay in it, she needs to fully accept that he might not ever do the work he needs to do to heal the sex addiction. She also needs to accept that she might never find out the whole truth about his addiction. Addicts lie from shame, and there is likely no way she can make him feel safe enough to tell her the truth. He would need to address his shame and many other issues in order to be able to be honest with her.

Also, in order to stay, Janet needs to fully accept her helplessness over him. In her question, she wants to believe that she has some control over him, but in reality she doesn’t. She isn’t the cause of his addiction, nor is she the cause of his shame.

Janet might want to join COSA – Codependents of Sex Addicts – to receive support for herself regarding her husband’s addiction.

If her husband won’t join her in healing or open to doing his own healing work, and if Janet cannot fully accept his addiction, then she likely needs to leave the marriage. In situations like this, we generally have only two choices available: to fully accept or to leave. The choice she doesn’t have is to have any control over getting him to be honest with her or to want to do his healing work.

Janet would need to be honest with herself regarding what would be loving to herself – to stay and accept, or to leave. There is no right answer to this. Only she can decide what is in her highest good.