Home > Learning Center > Happiness, Healing, Self-Esteem > Trusting and Honoring Your Feelings
Are You on Your Mobile Phone? Click here for 2800+ mobile optimized, self help and self growth articles.

Trusting and Honoring Your Feelings

Do you judge yourself for your feelings, and allow others to judge them, instead of trusting them and taking loving action for yourself based on them? 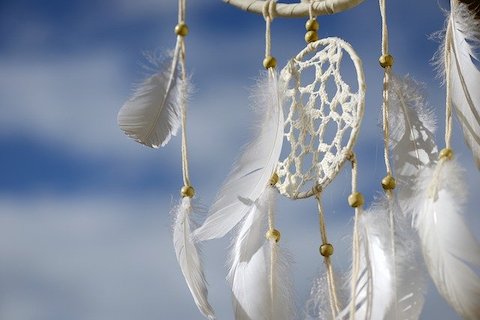 Many of us grew up learning to mistrust our feelings. "Don't be ridiculous," my mother often said to me when I asked her why she was angry. "I'm not angry," she would say with anger in her voice.

"Don't be ridiculous" was what I often heard in response to many of my feelings, such as my uncomfortable feeling that she was angry. So I learned to mistrust my feelings. It took me many years of Inner Bonding work to regain trust in my feelings.

Our feelings such as  anxiety, depression, anger, and hurt are letting us know that we are telling ourselves something that is not true, treating ourselves in unloving ways, or trying to control something over which we have no control. Our uncomfortable or lonely feelings around another person may be telling us that the other person is being judgmental, needy, angry, blaming or inauthentic.

For example, Sally consulted with me because she often found herself repulsed by her husband's sexual advances. She was confused because she loved Tim very much, and there were times when she was sexually attracted to him. But most of the time she was turned off to him.

"Sally, when Tim approaches you for sex, what is his energy like?"

"Most of the time, I feel like he is pulling on me and demanding something from me. It doesn't feel loving, it feels needy. But when I say something about it to him, he tells me that it is my issue - that he loves me and just wants to express his love. I get so confused."

"It seems to me that Chelsea is often subtly judging my daughter in front of her, yet when I've said something to her she makes me feel like it's my issue."

"Sally, if you decided to trust and honor your feelings, what would you do differently with Tim and Chelsea?"

"Humm...well, I think I would stop being so tentative and stop judging myself and be firm with them."

"So what would you say to Tim when he is needy with you?"

"What would you say to Chelsea?"

"I would say, 'Chelsea, it is not okay to judge my daughter. If you keep doing this, I will not spend time with you.'"

"And what would you say or do if they tried to make it your issue?"

"I think I would say, 'This doesn't feel good,' and then walk away.

"How would you feel if you did this?"

"I would feel great!"

Andrew has a similar issue with his wife Susan. Andrew often feels Susan is being what he calls "not real." "There is something about her that is often inauthentic - like she is being a certain way to get approval from me and from others. I feel smothered by it and I shut down. Then she complains about my withdrawal and about my not wanting to have sex with her. But when I try to explain it to her, she gets angry and defensive and tells me that I have a problem with intimacy."

"Andrew, you are not trusting and honoring your feelings, which does create a problem with intimacy because you withdraw rather than speak your truth. If you were to totally trust your feelings when Susan is being inauthentic and pulling for approval, you would speak your truth instead of withdraw. Susan doesn't know when she is being inauthentic. She is just confused by your withdrawal. If you learn to trust your feelings and honor them by telling your truth, you will likely see much improvement in your relationship."

Through his devoted Inner Bonding practice and the support of the Inner Bonding membership community, Andrew began to trust his own feelings and gained the courage to be honest with Susan. He was surprised to learn that Susan actually appreciated hearing his truth, and their relationship is gradually improving.

Image by Anke Sundermeier from Pixabay

Today, try an experiment. Focus all day on everything you are grateful for, and choose to have compassion rather than judgment for yourself and others. At the end of the day, notice how terrific you feel!

Today, try an experiment. Focus all day on everything you are grateful for, and choose to have compassion rather than judgment for yourself and others. At the end of the day, notice how terrific you feel! By Dr. Margaret Paul