Home > Learning Center > Sexuality and Intimacy > Intimacy With Yourself
Are You on Your Mobile Phone? Click here for 2800+ mobile optimized, self help and self growth articles.

Do you feel empty and alone inside? Are you seeking a partner to fill this, or considering leaving your marriage to hopefully feel intimate with someone else? 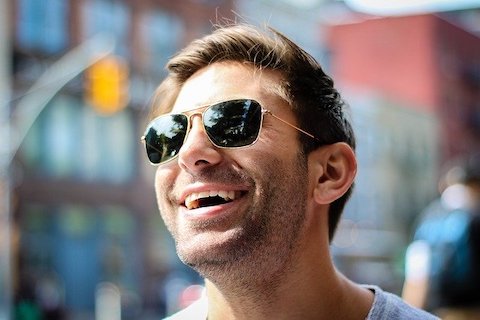 Over the many years that I have been counseling individuals and couples, I have very often worked with people who are considering leaving their marriage. Often they say things like:

Generally, I try to find out if these two people once felt in love and passionate about each other. Most of the time they did. And often the person in the session with me believes these feelings cannot come back, especially if he or she has met someone else.

For example, Brandon consulted with me because he was thinking of leaving his marriage of 18 years. He still cared about his wife, Jennifer, but he was no longer in love with her. He had recently fallen in love with Chandra, with whom he now had all the passion he previously had with Jennifer. The reason he hadn't left was he was deeply devoted to his and Jennifer's four children.

I asked Brandon not to make any decisions about leaving until we had a chance to work together for a few months with Inner Bonding.

It soon became evident that, while Brandon was deeply desirous of having an intimate relationship, which he believed he had with Chandra, he had no intimacy with himself. By this I mean that he had lived his life ignoring his own feelings and needs.

Self-Abandonment - An Underlying  Cause of Relationship Problems

Brandon was a nice guy who was there for his wife and children, but never there for himself. He was completely out of touch with his own feelings and needs. He had abandoned himself. He was often judgmental of himself, which led to his relying on others' approval for his sense of himself. He would care-take others in the hopes that they would give him the love, attention, and approval that he was not giving to himself.

Love and intimacy almost always disappear in a relationship when we abandon ourselves by judging ourselves, by ignoring our feelings, and by making others responsible for our sense of worth. Because Brandon had been abandoning himself for years in his relationship with Jennifer, he was a sitting duck for an affair.

Chandra and Brandon were in the same profession and they met at a national sales meeting. Over dinner, Chandra gave Brandon the attention and approval that he was not giving himself and that Jennifer was not giving to him. Jennifer, an executive in a large company and a busy mother of four, did not want the responsibility of taking care of Brandon's inner child. The problem was that Brandon had not wanted the responsibility of taking care of himself either.

As Brandon started to practice Inner Bonding and learned how to attend to his own feelings, and how to give himself the love and attention that he needed, he started to feel much better inside. He discovered that the more he learned to value himself, the more he started to reconnect with Jennifer.

Before Leaving, Do Your Inner Work


I have often found in my work that as a person starts to treat themselves with the love and valuing that they have always sought from others - when they become intimate with themselves - they find themselves experiencing intimacy with their spouse. A marriage they thought was over becomes renewed with the love that they had been seeking from someone else.

Before you leave your marriage, especially if you have children, do your Inner Bonding work and learn to have intimacy with yourself. You might be surprised at what happens with your marriage.