Home > Learning Center > Communication Skills, Effective Communication > He's Trying to Control Me
Are You on Your Mobile Phone? Click here for 2800+ mobile optimized, self help and self growth articles.

He's Trying to Control Me 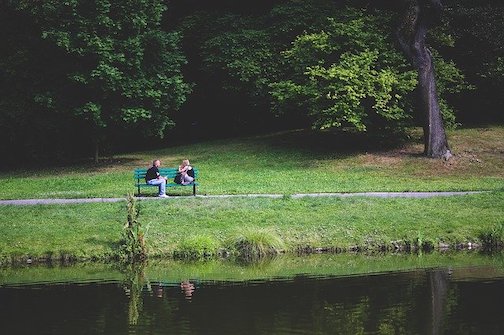 "I know what's coming when Robert says that we need to sit down and have a talk," Maryann told me in our phone session. "He wants to tell me everything that is wrong with me. It's not about talking - it's about wanting to have control over me. Last time he did this it was all about how I spend money, even though I make my own money and take care of all my own expenses. The time before it was about our sex life. Before that it was my diet and weight. I just dread it when he wants to have these talks."

"Why do you have these talks?" I asked her.

"Oh, I never thought of sitting and listening as controlling. Aren't two people in a relationship supposed to talk about things?"

"Yes, but only when the intent of the talk is to learn from and with each other. If the intent is to control, it is going to create problems."

A Safe Arena to Talk

Good communication and the arena to talk things out is very important in relationships, but the safe arena is created only when both people want to share information without an agenda, and learn about themselves and each other. If one or both are intent on trying to have control over getting the other person to change, the communication will break down.

"I have told Robert that I am open to the information he is giving me, because he reads a lot and often has good things to say, but I can't stand it when he tries to ram it down my throat."

"Maryann, how do you respond when Robert says he want to talk?"

"I feel very tense and I get resistant."

"What are you telling yourself that makes you feel tense and resistant?"

"Hummm…….I think I'm telling myself I have to do what he says. Oh my God! Now that I'm thinking about it, I used to tell myself the same thing with my parents. I was always such a good girl. I've done the same thing at work. I was always a good girl with Robert too, until recently. I don't want to do that anymore, so now I am resistant."

Intent to Learn - The key to Healthy Communication

"Maryann, both compliance and resistance are about control. When you comply, you hope to have control over getting approval and avoiding disapproval, and when you resist you hope to have control over not being controlled. In neither case, are you open to learning about what is best for you. It seems to me that as long as you are telling yourself that you have to do what Robert says, you will be trying to control and not be controlled rather than be open to learning. If you were to let go of trying to control Robert and not be controlled by him, you could be open to the information that is valuable and discard the rest. Would you be willing to listen to Robert and make your own decisions? And if he gets controlling and tried to ram it down your throat, then would you be willing to either open to learning with him about this or disengage from the conversation?"

Maryann agreed to try this. In or next session she reported that Robert was delighted that she was willing to listen openly to him. She found that when she was neither complaint nor resistant, they could have interesting discussions about the things that Robert was bring up. They ended up feeling close and loving rather than angry and distant.

The next time someone wants to talk with you about an issue, notice your intent. You can likely have a good discussion if you are open to learning rather than controlling or resisting control, or you can lovingly disengage if your partner gets controlling. Through a consistent Inner Bonding practice, you can learn how to stay open to learning, even in conflict.

Image by Karolina Grabowska from Pixabay