Home > Learning Center > Happiness, Healing, Self-Esteem > Why Do So Many People Lack Integrity?
Are You on Your Mobile Phone? Click here for 2800+ mobile optimized, self help and self growth articles.

Why Do So Many People Lack Integrity? 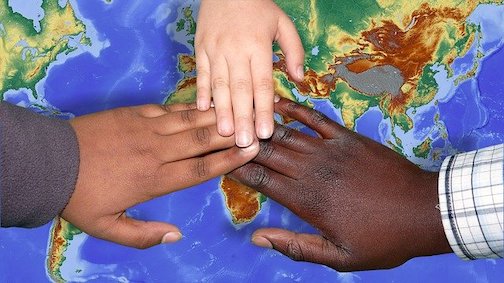 -As A Man Thinketh, by James Allen, a 100 year-year-old classic (Since this is so old, please do not be put off by the use of "man" rather than "As a Person thinketh." Being politically correct was not a primary issue when this book was written!)

As the quote above indicates, how we THINK determines our level of integrity. When we are addicted to thinking thoughts that create fear, we may end up behaving in ways that lack integrity.

Why would we want to think thoughts that create fear? Because this is what our programmed mind - our wounded ego self - knows and thrives on.


We might also have learned to think thoughts such as:

"Being kind gets you nowhere. If I'm kind, people will run over me and take advantage of me."

"There is never enough to go around, so I had better make sure I'm at the head of the line, even if others get hurt. The end justifies the means."

This kind of thinking will always create fear and a need to be in control. Out of this fear, people will behave in many ways that lack integrity and go against who they really are. They continue to behave as they may have as little children - lying, stealing, having temper tantrums, doing anything they can to have control over getting what they want, even when it harms others. We have only to look at some of our government, many big businesses, drug companies, and insurance companies to see that a lack of integrity has become the norm in our society.

This will not change until people change their thoughts. What if people thought thoughts based on truth and caring rather than on fear?

What if the following thoughts were the norm?

"There is enough for everyone to have what they want and need. Abundance is a law of the universe."

"Behaving in ways that are in alignment with the spiritual values of compassion, kindness and caring - which is who I really am - brings me great inner peace and joy."

Obviously, people who operate from these thoughts rather than from the thoughts of their ego wounded selves, are the people who are in integrity.

As long as people operate under the false belief that happiness lies in getting what they want externally, rather than in whom they choose to be in the world, they will be lacking integrity on their way to getting. Only when they finally see that deep inner peace and joy comes from being in alignment with their inner spiritual values will they consistently behave with integrity.

Image by Capri23auto from Pixabay