Home > Learning Center > Anxiety, Depression, Stress > Healing Your Broken Heart
Are You on Your Mobile Phone? Click here for 2800+ mobile optimized, self help and self growth articles.

Do you feel broken-hearted yet another time due to the break-up of a relationship? Discover that this may not be the actual cause of your heartbreak! 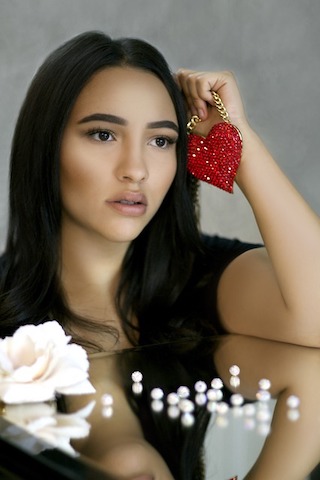 Haley, 38, consulted with me because her boyfriend had just broken up with her. Shocked and broken-hearted, she tearfully told me about how wonderful he was and about how she didn't know how she could survive this break up.

Haley and Owen had been together for over 2 years and were making plans to get married. They had been having a hard time, with lots of fights, but Haley thought that things were still okay between them.

Haley had been through many such break-ups and had been equally broken-hearted each time. She was terrified of having to go through the same agony she had previously experienced when her relationships had ended.

As we explored what had happened in the relationship, it was evident that Haley had repeated a pattern that had started in her childhood and had continued through all her relationships. As a child, Haley was constantly trying to get her father's attention and approval. Only his attention and approval made her feel lovable and worthy. As an adult, she continued making her boyfriends responsible for her sense of worth. Once she handed to a boyfriend the responsibility for defining her worth and lovability, she then had to try to have control over his treating her the way she wanted to be treated so that she felt loved and worthy.


Her controlling behavior took many forms: anger, blame, tears, lectures, withdrawal, complaints, and so on.

When Haley was getting what she wanted, she was warm and loving and alive. But as soon as Owen didn't attend to her in the way she wanted, she would get upset and blame him for her feelings.

Owen, like so many of her boyfriends, was a caretaker who tried to take responsibility for Haley's feelings. Yet after awhile, because it never really worked for long, he became tired and overwhelmed by the responsibility of her feelings and ended the relationship.

Haley believed that she was broken-hearted because of Owen abandoning her by ending the relationship, but there was another, deeper reason for her heartbreak.

The true reason for Haley's pain was her own self-abandonment.

Haley had been abandoning herself for most of her life by refusing to take responsibility for her own feelings. Instead of learning about how she was treating herself when she felt alone, anxious, or depressed, she always looked for someone or something outside of herself to make her feel better.

Haley was abandoning herself in numerous ways. The major way was that she was highly judgmental toward herself, constantly telling herself that she was not good enough. Then, rather than taking responsibility for the fact that she was making herself feel awful with her self-judgments, she would look to another person - in this case Owen - to make her feel better. When he didn't say or do what she wanted him to, she would get angry at him, blaming him for her feelings. Not only was she abandoning herself with her self-judgments and her refusal to take responsibility for how she was treating herself, she then further abandoned herself by making Owen responsible for her.

Fortunately, Haley decided that this was the last time she would suffer like this. She learned the 6 Steps of Inner Bonding and is practicing taking responsibility for her own feelings. She is well on her way to healing her heartbreak!

Start learning how to love yourself, with Dr. Margaret's 30-Day at-home course, Love Yourself.

Image by Joey Velasquez from Pixabay