Home > Learning Center > Relationship Advice, Love Advice > Falling in Love With Your Spouse - Again
Are You on Your Mobile Phone? Click here for 2800+ mobile optimized, self help and self growth articles.

Falling in Love With Your Spouse - Again

Is your relationship distant and unfulfilling or filled with conflict? Discover the underlying control and resistance issues that may be causing the problems. 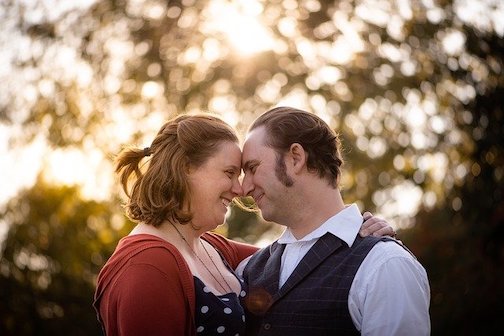 Bobbie and Mac sought me out for couples counseling because they were on the verge of divorce - after 25 years of marriage. Both had years of counseling, yet they could not find their way through their relationship problems.

Bobbie described her experience of their relationship:

"I love Mac but I do not feel seen or loved by him. He is never affectionate with me and does not seem to value all that I do. He blows up over the slightest infraction and I often feel that he is being irrational. He seems to look for things to get angry about. He often accuses me of thinking and behaving in ways that are not me at all. I feel totally invisible to him, and I can't deal with it any more. He is so kind and loving with others but not with me."

Mac described his experience of their relationship:

"Bobbie argues and debates with me over every little thing. I feel so angry and controlled by her arguing and debating that I guess I decided a long time ago to no longer let her in. Her debating everything is intolerable to me, and I'd rather end the relationship than keep on being at the other end of this control."

Bobbie came from a background where she was deeply unseen by her parents. As a child, being unseen felt so lonely to her that she had learned to try to have control over being seen by caretaking, arguing and debating. She had never learned to manage the loneliness of not being seen. She continued in her marriage with Mac to try to have control over how he saw her and felt about her with her caretaking and debating.

Mac came from a very controlling family, and had learned many ways to resist being controlled. In his relationship with Bobbie, his resistance was in full force. He would give her none of himself in his efforts to not be invaded and controlled by her.


I worked with each of them individually, helping each of them take responsibility for their own part of the relationship system.

In one of our sessions, Bobbie experienced a deep level of understanding of her behavior. In our next session she reported that:

"I knew I was arguing and debating, but I didn't realize how terrified I had been of the loneliness of not being seen. In the session, I recalled the depth of the loneliness I experienced with my parents, and after the session I sobbed and sobbed. Then I was able to fully embrace the lonely little child in me instead of abandoning her by trying to control Mac. I apologized to Mac for my unloving behavior and since that time, I have been able to lovingly walk away when I feel so unseen by Mac."


After a couple of months of Bobbie no longer trying to control Mac, Mac had a breakthrough.

"I was, once again, very angry at Bobbie for some little thing. Instead of arguing with me, she just walked away. I went after her and tried to blame her some more. She looked at me with tears in her eyes and said, "You don’t see me." Somehow, this stopped me dead. I knew she was right. Even though I knew I had pulled back, I had not realized until that moment how angry and punishing I had been with her. I had seen it as all her fault. But she had stopped the debating and now I had to see my part of this. I was still angry even though she had stopped doing the very thing that I was so angry about. At that moment, all my love for her came flooding back and I was able to deeply apologize to her for my unloving behavior. Since then we are like newlyweds! We never thought we could fall in love with each other again, but we have!"

Image by Jill Nissen from Pixabay

Spirit offers us some incredible gifts, such as truth, love, peace and joy. When you open to the gifts of Spirit, you will always be guided toward your highest good - toward your truth, love, peace and joy. You cannot experience these gifts without Spirit, because they are Spirit. Whenever you know truth, and feel peace, love and joy, you are one with Spirit. By Dr. Margaret Paul