Home > Learning Center > Relationship Advice, Love Advice > "I Just Want to Explain" - Explaining as a Form of Control
Are You on Your Mobile Phone? Click here for 2800+ mobile optimized, self help and self growth articles.

"I Just Want to Explain" - Explaining as a Form of Control

What happens when you try to explain yourself to someone who is attacking and blaming you? Does it EVER work? Discover how else to communicate. 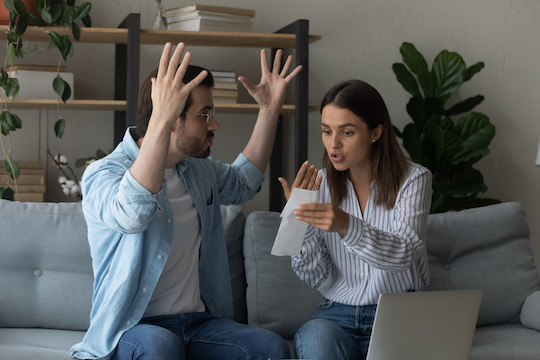 "My husband never lets me explain anything to him. It's so frustrating! He makes these statements that are blaming and attacking and then he won't listen to me when I'm trying to explain."

"Why do you want to explain?"

"I NEED to explain because he is not seeing things accurately. He is making assumptions that are not accurate."

"So you want to explain to get him to see things differently than he does."

"Isn't this, then, a form of control? Aren't you trying to get him to change how he sees things, or how he feels about you?"

"Well, yeah, but he doesn't have all the information he needs."

"Um….I don't know. I never thought of explaining as a form of control."

"Aren't you trying to change his mind - change how he sees things?"


"Explaining is neither right or wrong. But is it working for you?"

"Do you think it is possible that he won't listen to you because he doesn't want to be controlled by you? He doesn't want you trying to talk him out of how he sees things?"

"Yes. That is actually what he says. But I'm just trying to give him the facts, the truth."

"The problem is that he does not want the facts. He is not asking you for the facts. When he is attacking and blaming, he just wants to control you. He is not interested in learning. And neither are you. You are just trying to get him to see the "facts" as you see them."

"Oh, I see this now. But what should I do when he is attacking and blaming and not seeing me or seeing things accurately?"

"How does it feel in your heart when he attacks and blames? Take a moment to tune inside and see what your heart feels when he is so unloving to you."

"……I feel sad. And helpless. I hate feeling helpless. And my heart hurts."

"Yes, that is heartache. You feel heartache. And this is a very painful feeling, so you are covering it up with your anger. Right now, put your hands over your heart, breathing into your heart. Open to your guidance, inviting in compassion for your heartache. Be very gentle, tender, and kind with yourself. Take a minute to do this…..Now what are you feeling?"

What do do instead of explaining...

"Great. So here is what I suggest you practice. Instead of explaining and defending next time your husband attacks you and blames you, put your hand on your heart and say, 'Your attacking energy is hurting my heart, so I’m going to go into the other room. I'd be happy to talk about it when you are ready to be open and caring.' Then disengage and take a few minutes to bring compassion into your heart. Don't discuss the issue until both of you are open to learning. Are you willing to try this?"

"Yes, I am. I can feel the sense of relief inside. Now that I see what you mean, I can see that explaining is never going to get me anywhere. But is there ever a time to explain?"

Noticing the beauty around you - the beauty of a flower, a tree, a plant, a child, a pet, a loved one - will bring you into the present moment. It is in this present moment that you can experience the beauty that you are and the love and truth of your Source that is always present.

Noticing the beauty around you - the beauty of a flower, a tree, a plant, a child, a pet, a loved one - will bring you into the present moment. It is in this present moment that you can experience the beauty that you are and the love and truth of your Source that is always present. By Dr. Margaret Paul