Home > Learning Center > Relationship Advice, Love Advice > Controlling Behavior: Are Your Eyes On Your Partner's Plate?
Are You on Your Mobile Phone? Click here for 2800+ mobile optimized, self help and self growth articles.

Controlling Behavior: Are Your Eyes On Your Partner's Plate?

It is often tempting to tell others what to do, especially when it is obvious that they are not taking care of themselves. Discover why this usually backfires and what to do instead. 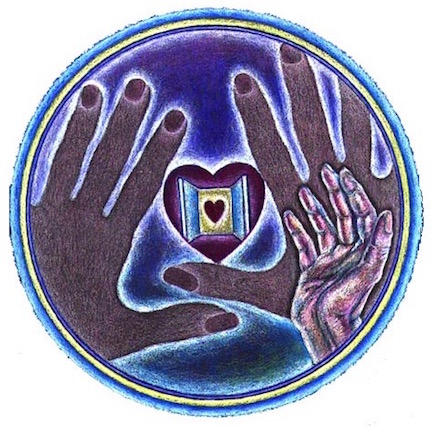 Shelly and Brad, married for 7 years, consulted with me because Shelly was unhappy with their lack of communication and emotional intimacy. She experienced Brad as being closed and distant much of the time. In the course of the session, it became apparent that Brad was distant because he was in resistance to Shelly's controlling behavior.

Shelly's form of control was fairly subtle, but became apparent in the session. As Brad was exploring his fear of being controlled, Shelly said to him, "Brad, maybe if you take more time to do Inner Bonding, your fear would go away. You really are not working very hard on your own growth." As soon as she said this, I noticed Brad stiffening and withdrawing.

"What are you feeling right now Brad?" I asked.

"I feel like she's the parent and I'm the child, and that she is right and I'm wrong. This is what I feel a lot with her. I hate it when she tries to control me like this."

I turned to Shelly. "Shelly, there must be a good reason that you felt the need to tell Brad what to do. What do you think it is?"

"I care about him and I'm just trying to help him, to give him a gift of truth," she stated.

"Shelly, I know you care about him, but isn't your intent really to control him and get him to change?"

"But if he changes he will feel better about himself."

"Probably, but that's up to him. When you put your eyes on his plate and tell him what to do, he doesn't feel cared about, or like he is receiving a gift. He feels controlled and goes into resistance. This is your end of the system that is resulting in the very distance you are unhappy about."

In a session with Julia, she told me about a problem she kept having with her adult daughter, Heather.

"Heather complains to me a lot about her boyfriend and her job. But if I say anything to help her or even just ask her questions, she gets defensive. I can't figure out what I'm doing wrong."

"She's closed. I'm not sure what she wants."

"Well, she probably wants sympathy, rather than help in taking responsibility for herself. When you offer her help or ask questions, you are trying to get her to move out of being a victim and take care of herself. But this is not what she wants, so she gets defensive. She feels invaded and controlled by you, and you are being invasive and controlling in offering help when she has not asked for help. How do you feel when she complains?"

"My stomach gets tight and I feel pulled on."

"So, if you were to keep your eyes on your own plate and not get into trying to control her by caretaking her, you would just say "Oh," or "Uh huh," or "It sounds like you are having a hard time." Since she is not open to learning, there would be no reason to confront her with what she is doing."

Julie agreed to try this the next time Heather complained to her.

Richard and Sylvia have a similar system to Julia and Heather. Richard often complains to Sylvia about being tired or not feeling well. Richard does not take good care of himself regarding his health and wellbeing. When he complains, Sylvia often questions him or tells him what to do and then Richard gets angry and defensive, blaming Sylvia for trying to control him.

When Sylvia tunes into her own feelings, she realizes that she feels pulled at by Richard when he complains. Now, instead of telling Richard what to do, she tells him that she is feeling pulled on by his complaining. Richard is open to this information and is becoming aware of how often he hands his inner child to Sylvia for sympathy, and then resists when she tells him what to do.

A big challenge – letting go of trying to control the other person and keeping our eyes on our own plate! When you can do it, you will find your relationships getting much better!