Home > Learning Center > Happiness, Healing, Self-Esteem > The Gifts Of Laughter And Tears
Are You on Your Mobile Phone? Click here for 2800+ mobile optimized, self help and self growth articles.

The Gifts Of Laughter And Tears

When you do not allow yourself to express yourself with laughter and tears, physical pain, due to stress and a lack of passion for life, may be the result. 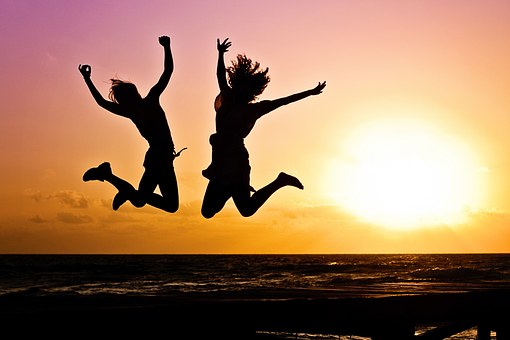 Ron grew up in a household where laughter and tears were never expressed. Anger was the main feeling expressed by his mother, while his father was mostly withdrawn. By the time Ron was eight years old, he had managed to shut off both his laughter and his tears to avoid feeling rejected by his parents and controlled by his mother. Shutting down was his way of protecting against being invaded by his very controlling mother. He became a serious child - a controlled and controlling child.

Ron grew up, went to college, became a successful lawyer, married and had three children. Yet nothing, not even his deep love for his children, managed to break through his rigid, controlling way of being.

Ron reached out for my help because he was not only very unhappy, but was often in physical pain. All he could say about the physical pain was that he hurt. "My body hurts. My chest hurts, my stomach hurts and my back hurts." He had been thoroughly checked out by a physician and learned that nothing was physically wrong. The doctor told him it was stress.

Ron told me that he spent much of his non-working time daydreaming because when he was present with himself in the moment, all he felt was pain. He had learned to daydream to avoid the pain.

However, Ron was now 48 years old, and the daydreaming was no longer working well. The pain was breaking through, especially in the form of debilitating back pain, so Ron decided he needed some help.

Ron's control had worked for him to a certain extent. He was financially successful. He had all the material things a person could want - a beautiful home, a vacation home, a boat and all the electronics a person could ever use. He had a wonderful family and he had good health - other than his pain. Yet he was often miserable and felt no sense of passion about life.

The problem Ron was facing was that having control was far more important to him than being a loving person with himself and with others. As a result, Ron felt empty inside and was constantly looking to others to fill him up. He had no interest in taking responsibility for his own feelings - his own pain and joy. He wanted others or things to fill him and make him happy.

Imagine how a child would feel if you put him into a box and told him he could never laugh or cry. This is what was happening with Ron. His inner child - his feeling self - was in a box, not allowed to laugh or cry. Laughter and tears are our natural ways of expressing and releasing feelings. Without the God-given gifts of laughter and tears, our feelings get blocked up inside, eventually causing our muscles to go into painful spasms. This is what was causing Ron's pain. He could no longer keep a lid on his feelings without feeling physical pain.

It was a tough battle for Ron. At those moments when he let go of control and opened his heart to love, the pain went away. But his terror of being rejected or controlled was generally more powerful than his desire to be loving with himself and others, and he would close up in the face of his fears. He feared that if he opened to his feelings, he would be weak and would be seen as weak, which he feared would lead to rejection, engulfment, and being taken advantage of.

After much Inner Bonding work, Ron finally saw that being loving to himself by letting himself experience his laughter and tears did not cause weakness, nor did it bring about the rejection and engulfment he feared. In fact, by being more aware of his feelings and allowing himself to express them, Ron learned that he actually felt safer, more powerful, and far more alive and passionate about his life than when trying to control everything.

Laughter and tears are great gifts that allow us to express and release our feelings in healthy ways.

Start learning how to love yourself, with Dr. Margaret's 30-Day at-home course, Love Yourself.