We all learned many ways of avoiding pain as we were growing up, but what once seemed to protect us against pain is now actually causing our pain. 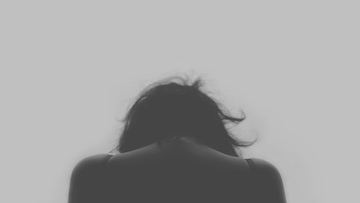 We all had to learn many ways of avoiding emotional pain as we were growing up, because we could not have survived the pain of childhood without these protective strategies - which eventually became habitual. The problem is that what once protected us against pain is now causing much of our emotional pain.

For example, Julia grew up with two very judgmental parents. Julia's response to her parents' judgment was to become a very good girl, getting good grades and always trying to please her parents. Since her parents' judgment worked to get her to do things "right," Julia learned to judge herself in order to get herself to do things right. However, instead of her self-judgment motivating her, it caused her to feel so inadequate that she would shut down and become paralyzed, unable to take loving action for herself. The more she shut down, the more she judged herself, causing intense resistance and immobilization. Her self-judgments, designed to control herself into perfection, instead were creating an inner resistance and resulting feelings of inadequacy. By trying to avoid the emotional pain of others' rejection with her self-judgments, Julia was causing herself the emotional pain of inner abandonment.

In her attempts to avoid the core painful feelings of life – loneliness, heartbreak, grief and helplessness over others - Julia was actually causing herself the painful wounded feelings of emptiness, aloneness, anxiety and depression. She felt these wounded feelings much of the time due to the self-abandonment that resulted from her self-judgments. In her efforts to avoid all this emotional pain, she would then turn to food and alcohol. However, being overweight was also painful to her.

Obviously, the strategy for protection against the pain of rejection that she learned when she was young - self-judgment - was causing her to constantly experience anxiety, depression, emptiness, aloneness, procrastination and feelings of inadequacy. By trying to avoid pain, she was creating pain.

Mario grew up with a father who was rarely around. He drank and ran around with other women. When his father was around, he was highly critical of Mario. Mario's mother was a sweet, caring and compliant woman who loved Mario and never complained about his father. Mario learned to be sweet and compliant with others, but he treated himself just like his father treated him. To protect himself from the pain of rejection, he was compliant with others and judgmental of himself. In addition, he had learned to ignore his own feelings, just as his father had ignored him. He felt safer when he focused on others' feelings, trying to take care of them rather than caring about himself. As a result, Mario felt unimportant, anxious, alone and inadequate. No matter how much he gave to others and others gave to him, Mario felt insecure due to his own self-judgments and self-ignoring. His insecurity resulted in a constant fear that his girlfriend was going to leave him for someone "better."

Just as with Julia, Mario's attempts to avoid the pain of rejection with his caretaking, self-judgments and ignoring his own feelings resulted in more emotional pain.

Many of the people who seek my help do so because they are struggling with sadness, anxiety, depression, aloneness, loneliness, emptiness, addictions, insecurity and resistance. Underneath all this wounded pain is their intent to protect against the core pain of life that might result from rejection and other losses, such as loneliness, heartbreak, grief and helplessness over others. But in their efforts to avoid the core pain of life, they are rejecting themselves with their self-judgments and addictions. Rather than being mindful of and attending to their own feelings (Step One of Inner Bonding), they are abandoning themselves by ignoring their feelings with their self-judgments and addictions to substances and processes.

As long as they continue to protect again the deeper core pain of life that may result from rejection and other losses, they will be stuck with their anxiety, depression, emptiness, procrastination and fear.

When you are willing to make Step One of Inner Bonding - being mindful of your feelings and willing to take responsibility for them - your highest priority, you will begin to move out of the pain that you are creating. Remember, you always have two choices in every given moment - to try to have control over getting love and avoiding pain, or to be open to learning about loving yourself. If you are tired of the pain you are in and want joy instead, try practicing Inner Bonding throughout the day. Start with being mindful of your feelings and being in compassion instead of judgment for yourself. Try it! Inner Bonding works!

Join IBVillage and receive compassionate help and support for your healing journey.