Home > Learning Center > Anger Management > Anger: To Control or To Learn
Are You on Your Mobile Phone? Click here for 2800+ mobile optimized, self help and self growth articles.

Anger: To Control or To Learn

Our anger can teach us many things if we choose to learn from it rather than use it as a means of controlling others. 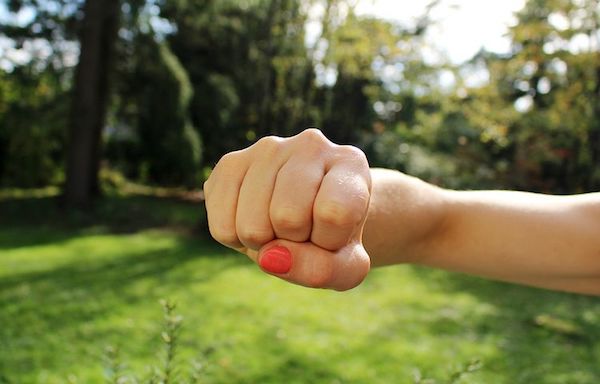 Let's take a deeper look at what generates our anger and how we can learn from it rather than be at the mercy of it.

The feeling of anger can come from two different places within us. Anger that comes from an adult, rational place can be called outrage. Outrage is the feeling we have when confronted with injustice. Outrage mobilizes us to take appropriate action when harm is being done to ourselves, others and the planet. Outrage is a positive emotion in that it moves us to action - to stop crime and violence, clean up the environment, and so on. Outrage comes from a principled place within, a place of integrity, caring and compassion.

Anger can also come from a fearful adolescent place within - from the part of us that fears being wrong, rejected, abandoned, or controlled by others, and feels intensely frustrated in the face of these feelings. This part of us fears failure, embarrassment, humiliation, disrespect, and helplessness over others and outcomes. When these fearful feelings are activated, this adolescent part, not wanting to feel helpless, may move into attacking or blaming anger as a way to attempt to control a person or a situation. Blaming anger is always indicative of some way we are not taking care of ourselves, not taking responsibility for our own feelings and needs. Instead of taking care of ourselves, we blame another for our feelings in an attempt to intimidate another to change so that we will feel safe.

Blaming anger creates many problems in relationships. No one likes to be blamed for another's feelings. No one wants to be intimidated into taking responsibility for another's needs. Blaming anger may generate blaming anger or resistance in the other person, which results in a power struggle. Or, the person at the other end of blaming anger may give in, doing what the angry person wants, but there is always a consequence in the relationship. The compliant person may learn to dislike and fear the angry person and find ways to passively resist or to disengage from the relationship.

Our anger at another person or situation has much to teach us regarding personal responsibility for our own feelings and needs. As part of the Inner Bonding process, we offer a three-part anger process that moves you out of feeling like a frustrated victim and into a sense of personal power.

The Anger Process is a powerful way to release anger, as well as to learn from the source of the anger.

Releasing your anger will work only when your intent in releasing it is to learn about what you are doing that is causing your angry feelings. If you just want to use your anger to blame, control and justify your position, you will stay stuck in your anger. This three-part anger process moves you out of the victim-mode and into open-heartedness.

By doing the anger process instead of trying to control others with your anger, you de-escalate your frustration while learning about the real issue - how you are not taking care of yourself in the face of whatever another is doing or in the face of a difficult situation.

Whenever anger comes up, you always have the choice to control or to learn.