Home > Learning Center > Anxiety, Depression, Stress > Loving Yourself in the Face of Physical Violence
Are You on Your Mobile Phone? Click here for 2800+ mobile optimized, self help and self growth articles.

Loving Yourself in the Face of Physical Violence

Physical violence is scary, and we all need to know how to take loving care of ourselves in the face of it. 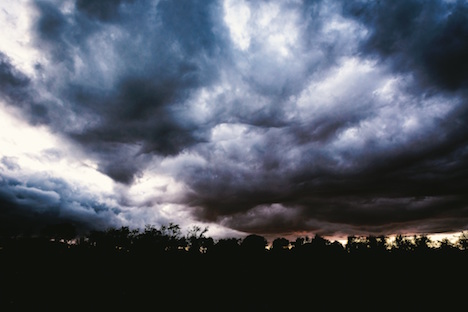 Many years ago I took a fantastic class called “Model Mugging.” The woman who created this class was a black belt in karate, but when she was violently attacked and thrown to the ground, she didn’t know how to defend herself on the ground. So she created “Model Mugging.”

In this class, a man is dressed up in a very padded outfit with a helmet and a protective facemask. We were taught to fight full force, both on the ground and standing up. It was one of the most empowering experiences I’ve ever had and even now, 33 years later, my body still remembers everything. With the skills I was taught, I have no doubt that, even though I’m just over five feet, I can take down a big man!

“What to do when there's a danger of physical violence from someone who's angry? Is there a way to stay safe in the presence of someone who can turn angry and violent on a whim? I moved to another country from a violent home and haven't seen my mother in 6 years. I would like to see her and visit my hometown, but I fear my brother who can get very aggressive and violent. Last time when he badly hurt me and gave me a concussion, I reported him to the police and my mother became angry at me and blamed me for that! After some years of living in a relatively safe environment, I am afraid of him even more, because I realized how bad that was for me. He could have easily killed me in one of those anger fits.”

I suggest to Melina that, before visiting, she take a “Model Mugging” class. She needs to know how to take care of herself in the face of physical violence, and this class will teach her how. Either that or just visit her mother over Skype. It’s not loving to herself to put herself in physical danger, so I hope she thinks carefully about this. There is no way to have control over a physically violent person not acting out, but she can learn how to physically protect herself.

If you are in a relationship with a physically violent partner, or even a very verbally abusive partner, get out! Leave! Now! Do not keep putting your inner child in the face of danger. Just as no one can cause you to be physically violent, you do not cause a violent person to be violent, and you need to fully accept that you have no control over someone being violent. You need to fully accept that no one ever deserves to be abused. If you are rationalizing an abusive situation, then you are abandoning yourself rather than loving yourself.

However, part of the problem in leaving a physically violent partner is that you might then be in even more danger. When leaving a violent partner, you need to make sure that they can’t find you, even if it means moving to a different city. You will likely need help from friends, family and a local battered women’s (or person’s) shelter.

I have had the extremely painful experience of two of my clients getting killed by violent ex partners. Both of these women were in denial about how dangerous these men were. Had they accepted the reality, they would have made sure to find ways of keeping themselves safe. I know it’s hard to accept that someone who has previously stated that he cared about you might murder you, but this happens all too frequently. Taking loving care of yourself means doing whatever you need to do to make sure you are safe.