Home > Learning Center > Motivation: Getting Unstuck > Getting Unstuck from Procrastination
Are You on Your Mobile Phone? Click here for 2800+ mobile optimized, self help and self growth articles.

Getting Unstuck from Procrastination

Do you tell yourself that you will do the things you need to do, and then find yourself procrastinating? Find out what to do about this. 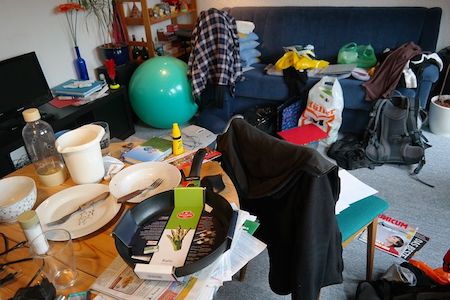 Sherry was behind on many important things in her life. She had unpaid traffic tickets, the insurance on her car had lapsed, she had a stack of unpaid bills and her apartment was a mess. Sherry was not happy with this situation, yet seemed unable to do anything about it. Even when she set aside the time to get these things done, something always got in the way.

Sherry consulted with me because things had finally reached a point where her life was actually breaking down from her procrastination. She had had a minor car accident that she had to pay for, due to her unpaid insurance, and her phone had recently been shut off due to her unpaid bills. She was angry and frustrated with herself, yet found herself doing the bare minimum - just enough to get by. What was keeping her so stuck?

Her Resistance Was Controlling Her Life

The problem was that it was no longer her father whom she was resisting. She was now in resistance to her own inner controlling parent, the part of her that was just like her father. As soon as this authoritarian part of her tried to get stuff done by saying things like, "Okay, it's time to get this apartment cleaned up. I can't live in a dump like this any longer", an unconscious, and very resistant part of her would take over with behavior that clearly said, "You can't make me. I can do whatever I want. You're not the boss of me." This resistant child in her had learned to respond in this way when she was very small, so now this behavior was unconscious and automatic.

Sherry was stuck in an unconscious power struggle between two wounded parts of herself - the part that wanted control and the part that didn't want to be controlled. The moment she told herself she had to do something, she would immediately go into resistance to doing it.

How Could Sherry Find Her Way Out Of This Stuck Place?

Before she could change it, she needed to become aware of it, rather than continue to operate on automatic pilot. We can't change something that we don't know we are doing. Sherry needed to become aware of both inner voices - the adolescent bossy, controlling voice of her father, and the younger voice of her resistant child. She needed to CHOOSE to be controlling and resistant - rather than doing it unconsciously - before she could have other choices available to her.

"But why would I choose this?" she asked.

"Good question! Yet this is what you are choosing every day. Until you are aware of choosing this, you can't choose anything else. How can you change it if you are doing it unconsciously? Just keep doing what you are doing, but now do it consciously. Watch yourself making this choice."

Sherry agreed to try this for a week. She was ecstatic at our next session. "I actually got the apartment cleaned!"

Discovering What She Wants

"That's great! Now I want you to start to become aware of what you want to do, and what is really in your highest good, rather than what you think you have to do. The challenge here is for you to develop a loving adult part of you that is neither controlling nor resistant, but concerned with taking loving action that supports your highest good. This will take time and practice with Inner Bonding, but when you are thinking of what is really loving to yourself, rather than controlling and resisting being controlled, you will be unstuck in all areas of your life."

Sherry did practice Inner Bonding and found that the more she thought about what was in her highest good and took loving action for herself, the easier it became to get things done.

In the course of our work together, Sherry learned to develop a connection with her personal source of spiritual guidance to help her understand what was in her highest good and to follow through with the loving action. She found that the more she stayed connected with her spiritual guidance, the more powerful she felt within. When the controlling and resistant parts of her were no longer in charge of her choices, procrastination became a thing of the past.