Home > Learning Center > Anxiety, Depression, Stress > Did Your Parents See You?
Are You on Your Mobile Phone? Click here for 2800+ mobile optimized, self help and self growth articles.

Did Your Parents See You?

When you were growing up, did your parents see and cherish your essence? 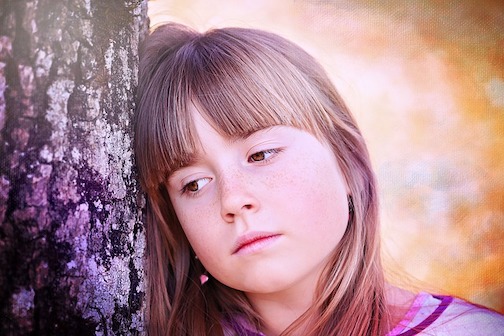 Katy came into life with a bright shining light emanating from her soul. Her natural way of being in life as a little child was to be kind, caring and deeply empathic. Unlike her brother, her two sisters, her mother and her father, Katy was a highly sensitive child who could easily feel others' feelings.

Katy's mother was a troubled person. She would suddenly erupt in intense anger and say the most horrible things – mostly to Katy.

As we went through Katy's history, it became apparent that Katy had taken on her mother's view of her as a way of avoiding the intense pain of being so unseen by her mother. It was clear to me that Katy's mother was deeply threatened by Katy's light because she knew nothing about her own light. Because Katy's mother believed she was the darkness of her terrified and rageful wounded self, she could not see who Katy was. Instead, she projected her own distorted view of herself on to Katy in ways that cut Katy to the core.

I asked Katy if I could sit next to her and hold her.

I knew she would need strong and gentle support in order to go into the heartbreak and helplessness that were under the shame. She nodded yes.

I wrapped my arms around Katy and asked her to breathe into her broken heart. She started to cry – at first quietly and then in wracking sobs. Others in the room also started to cry. The pain of not being seen was deep and palpable in the whole room.

Katy, now in her late 50s, had the courage to go to the bottom of the shattering pain that she had held back all these years, hiding it behind shame. Her body shook with the depth of the crushing heartbreak she had endured. Until today, it had never been safe enough for her to feel this pain. But now, with me holding her and bringing the love of Spirit to her, and with the rest of the group with her in heart and soul, Katy was finally able to feel the shattering truth of her childhood – that her mother was too wounded and too threatened by her to ever love her freely and see her beautiful light.

As her sobs gradually subsided, we could all feel Katy's relief.

Katy realized that, for all these years, she had not been able to see her own light because if she had, it would have brought up the intense pain of not being seen, and she knew she could not handle this level of pain alone. So she had been doing to herself what her mother had done to her – shaming herself, telling herself she was not good enough. Even with all her success in her career, Katy had never felt good enough because of her inner shaming.

Now that she had been able to finally go to the depth of the pain of not only not being seen, but of being seen as flawed, Katy was free to finally see the truth of her essence. As she connected with her spiritual guidance, she was able to see the kindness, brilliance, joyfulness, creativity, playfulness, and empathic ability that have always been her true soul self. She was finally able to begin to see and embrace who she really is.

As I looked around the room, I could see that each person was understanding the depth of pain they had endured at not being seen by their own parents or other caregivers. I wiped my own tears at not only feeling all of their pain, but my own at the shattering of never being seen by my parents. And I felt the deep gratitude of being able to see my own beautiful soul through the eyes of Spirit, so that I could midwife Katy and others into seeing their beautiful true soul self.

I also felt deep gratitude for the special healing that can happen when people come together – the special power of community.

This is the essence of healing: being able to deeply know, see and feel who we really are - an incredible spark of the Divine.