Home > Learning Center > Substance Abuse, Substance Addiction > Alcoholism and Healing
Are You on Your Mobile Phone? Click here for 2800+ mobile optimized, self help and self growth articles. 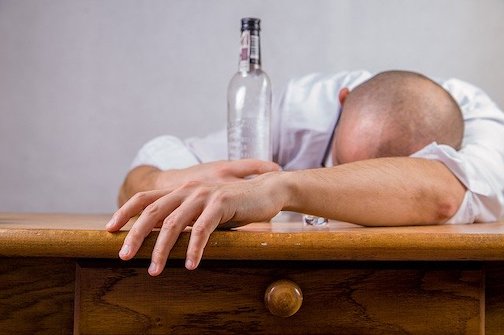 Jeffrey showed up at one of my 5-Day Inner Bonding Intensives to deal with his alcoholism and resulting relationship problems. His past two marriages had ended in messy divorces. His business was falling apart. Yet in the face of all of this, Jeffrey could not or would not stop drinking.

Two things were immediately apparent in my first session with Jeffrey. First, he had completely abandoned himself, making others responsible for his self-worth. Due to his unwillingness to take responsibility for his own feelings, he was constantly pulling on others for approval with his "niceness." His inauthentic saccharine niceness felt like sticky glue trying to ooze its way into having control over getting others' approval. Needless to say, it was not working for him.

Unaware of Why People Rejected Him

No one had ever confronted Jeffrey with how much they were put off by his controlling niceness. They would just go away, leaving him to wonder what he had done wrong. At first, when the Intensive participants told Jeffrey about feeling pulled at for approval, he felt hurt. But within the loving energy of the Intensive, he was soon able to open to learning about the gift they were offering him. He was able to see that, because he was abandoning himself by ignoring his feelings and judging himself, he was handing others responsibility for his feelings of worth.

As a result of learning and practicing Inner Bonding and connecting with himself and his spiritual Guidance, Jeffrey no longer wanted to drink. The alcohol was filling up the inner emptiness caused by his self-abandonment and disconnection from his Source. He left the Intensive with no desire to drink. Jeffrey has been alcohol-free for many years now.

Rachael had been struggling with her alcoholism for 19 years before attending an Inner Bonding Intensive. While she had a strong belief in God, she had never felt a deep and personal connection with God. Like Jeffrey, she had used alcohol to fill the emptiness and avoid the pain that came from her own self-abandonment and disconnection from her Source. Rachael was constantly judging herself as inadequate. Until the Intensive, she had believed that her pain was being caused by others' behavior towards her - others' judgments of her. At the Intensive, she discovered that she was not a victim - that her pain was being caused by ignoring her feelings and judging herself, as well as by not speaking up for herself with her husband and family.

As Rachael learned and practiced Inner Bonding, she started to attend to her own feelings and make the connection between her pain and her self-judgments. She also started speaking up for herself. As she opened her heart to her Source, to her feelings, and to the beautiful essence within her, she discovered a joy that she had never felt in her life. The inner emptiness and anxiety that had been her constant companions were gone. Gone too was her desire to drink.

Addiction Can Be Healed

Addictions are caused by self-abandonment - by ignoring your feelings, by judging yourself, and by closing your heart to your Source. They can be healed. By practicing Inner Bonding, you can learn to take responsiblity for your feelings rather than continue to abandon yourself.

Image by Michal Jarmoluk from Pixabay