Home > Learning Center > Sexuality and Intimacy > The Need for Emotional Intimacy
Are You on Your Mobile Phone? Click here for 2800+ mobile optimized, self help and self growth articles.

The Need for Emotional Intimacy

Learn what to do if you are in an emotionally disconnected relationship and you don't want to leave due to children, finances, or other issues. 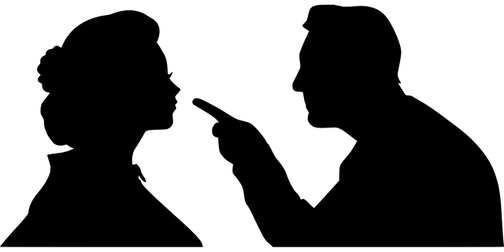 "My husband and I have a great working relationship. He's great to the kids, he's nice to me, he works hard on the house but he isn't very interested in getting to know me for who I really am. Any exploration around personal growth is threatening to him. Sometimes I feel so depressed to think I'll spend the rest of my life with this person when I want so much more, but there isn't anything wrong to point to as to why I would leave."

Nellie was having her first phone counseling session with me.

For most people, emotional intimacy and connection are absolutely necessary to thrive. So what does a person like Nellie need to do when she has children and she doesn't want to break up the family? What is she to do when she really needs something that her husband in unwilling or unable to give to her?

If Nellie wants to stay in her marriage, then she needs to accept the lack of intimacy and have her personal growth explorations elsewhere - with friends, groups, and workshops. It is possible to accept a companionship relationship for the raising of children. Many couples create excellent companionship relationships when they are willing to let go of both physical and emotional intimacy.


But What About Sex?

One of the problems for Nellie was that her husband would get angry and withdraw when she didn't want to have sex with him. There was no way Nellie could feel turned to her husband, Brad, when there was no emotional intimacy - no sense of connection. If Brad was willing to accept the lack of sexuality, then they could make it work. But if he continued to get angry and withdraw, then Nellie would have to explore other options.

If Nellie learns to take loving care of herself and stop buying into Brad's anger, then his controlling behavior would no longer work for him. If she learned to get her emotional needs met elsewhere and disengaged when Brad was acting like a needy little boy, then his behavior might change. Or it might not.

If it doesn't and if the anger and withdrawal, lack of intimacy and the sexual pull is not acceptable,and Nellie is willing to leave, then she would need to let him know that and see if he would be willing to open with her. I have worked with many husbands who were dragged to one of my 5-Day Inner Bonding Intensives or to couple's facilitation, open and move beyond their fears of personal growth and emotional intimacy.

The first thing that needs to happen is that Nellie needs to validate her need for connection and emotional intimacy, especially in order to feel sexual.

Once she stops feeling guilty for how she feels and learns to take loving action in her own behalf, then she can see what the reality of the situation is. While Brad is afraid of intimacy and growth, he might be even more afraid of losing Nellie. When he sees that his anger and withdrawal no longer work to make her feel guilty and responsible for him, he might decide to open.

The only way that Nellie will know if Brad will open or not is to learn, through her Inner Bonding practice, to take responsibility for her own feelings and needs. As long as she is trying to get Brad to change, she will be stuck feeling unhappy. It is always well worth doing your inner work to try to save a marriage, whatever the outcome. If the marriage improves - great! If it doesn't and you decide to leave, you will have learned what you needed to learn to not make the same mistakes in your next relationship.

Image by mohamed Hassan from Pixabay