Home > Learning Center > Sex Addiction, Love Addiction > Self-Judgment and Sexual Addiction
Are You on Your Mobile Phone? Click here for 2800+ mobile optimized, self help and self growth articles. 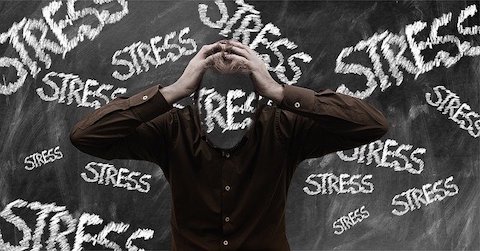 Harv called me for phone consultations because his wife, Nancy, threatened to leave him if he did not get some help.

"I must be all messed up with my sexuality. I constantly want sex with my wife and she is fed up with it. When she won't have sex with me I'm angry and sullen. I love my wife and I don't want her to leave, but I can't seem to help myself. I'm very confused about all of this. Is it wrong to love your wife and want sex with her? Is it my problem or hers? Is there something wrong with her sexually that she doesn't want more sex with me?"

Harv filled me in on his background. He grew up with a highly judgmental and controlling father. It seemed like no matter how hard Harv worked on their farm and at school, it was never good enough for his father. As we worked together, it became apparent that Harv had learned his lessons well. His father's voice was constantly in his head, judging him for not working enough. Harv he beat himself up unmercifully if he made a mistake, telling himself with his self-judgments how inadequate he was.

"You certainly messed that up." "You are such a jerk." "You never do anything right." "What's the matter with you?" His wounded self was totally in charge, trying to have control over getting Harv to do everything right in order to get others' approval.

Self-Judgment is a Major Form of Self-Abandonment

The ubiquitous self-judgment meant that his inner child felt constantly abandoned, which created intense aloneness and emptiness within Harv. This made Harv dependent upon others to fill him up and make him feel good.

As we worked together, Harv became aware of the knot in his stomach, of aloneness and emptiness, that he felt whenever he judged himself. And he became aware of the fact that whenever he felt this knot in his stomach, he wanted to have sex to release this stress. As a child, he had learned to masturbate as his way to release the stress he felt from his father's constant judgment of him. He became addicted to using his orgasm as his way of managing his stress. Now, in his marriage, he was addicted to his wife releasing his tension. He believed that it was her job to provide this for him, since she was his wife.

Naturally, this did not lead to Nancy feeling loved by him or attracted to him. In no uncertain terms, she told him that she felt used by him and was no longer willing to have sex with him unless there was emotional intimacy and connection between them. She told him she was turned off by his neediness and was unwilling to just be a source of release for him.

Self-Judgments are a Major Cause of Stress

Harv had not realized that his tension was being caused by his own self-judgments. He believed that his tension was caused by outside circumstances, such as problems at work or disapproval from other people. As he started to become more aware of his inner system, he saw that each time he judged himself, he felt that knot of stress, and each time he felt the stress, he wanted sex to release it.

As long as Harv believed he was a bad person if he didn't work hard enough, he would judge himself to get himself to work harder and do things right. Through our work together, Harv learned to embrace his essential goodness - his caring, compassion, gentleness and tenderness. He was able to see his wonderful qualities in his relationships with his small children, whom he dearly loved. When he learned to define his goodness internally, instead of externally through his work and performance, he was gradually able to let go of his self-judgments.

As a result of his Inner Bonding work, Harv is no longer using sex addictively. He approaches Nancy for sex only when he is feeling happy, peaceful and loving. He has discovered that there is nothing wrong with Nancy's sexuality - that she is wonderfully passionate when feeling loved rather than used!

The higher your frequency, the easier time you will have hearing your spiritual Guidance. Fear, hurt, anger, anxiety, judgment, depression, as well as sugar, drugs, alcohol, lots of food, heavy food, and controlling behavior lower your frequency. Love, laughter, joy, peace, pure foods and the intent to learn raise your frequency. Today, notice this.

The higher your frequency, the easier time you will have hearing your spiritual Guidance. Fear, hurt, anger, anxiety, judgment, depression, as well as sugar, drugs, alcohol, lots of food, heavy food, and controlling behavior lower your frequency. Love, laughter, joy, peace, pure foods and the intent to learn raise your frequency. Today, notice this. By Dr. Margaret Paul