Home > Learning Center > Anxiety, Depression, Stress > Guilt vs. Remorse
Are You on Your Mobile Phone? Click here for 2800+ mobile optimized, self help and self growth articles. 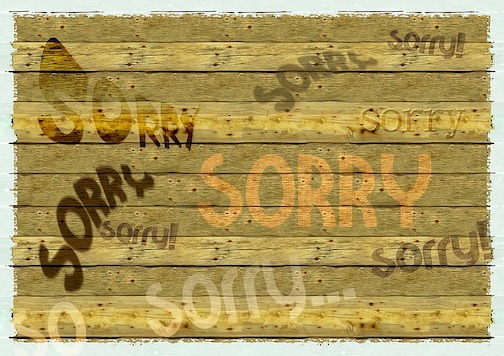 "Guilt" and "remorse" have the same definition in the Encarta World English dictionary. However, in Inner Bonding terms they have totally different meanings.

Guilt is the feeling that you feel when you judge yourself for having done something that you believe is wrong. Your wounded self is saying things like:

"I can't believe I binged again. What a weak jerk I am."

"I'm such a bad parent. I just can't seem to control my kids."

"I know that I should visit my mother more. I'm really a bad daughter."

"I promised myself that I wouldn't get angry anymore. I must really be crazy for losing my temper again."

"There is no excuse for coming home drunk, again. I'm just a rotten person."

Remorse, on the other hand, is what you feel when you deeply and genuinely regret a choice you made, and you know that you will never make that choice again. Remorse comes from your heart, while guilt comes from your mind. Remorse indicates that a major change has taken place within you - you have shifted your intent from controlling to learning.

Those of you who are Harry Potter fans will certainly have read the last book. In this book, Harry is told that the evil wizard, Voldemort, has only one chance of living. His one unlikely chance is if he feels remorse for all the people he tortured and all the murders he committed. Not guilt - remorse. Only remorse will restore his soul. Only remorse brings redemption.

In the movie, "Dead Man Walking," Sister Helen Prejean, played by Susan Sarandon, establishes a special relationship with Matthew Poncelet, a prisoner on death row - played by Sean Penn. At the end of the film, just before he is executed, Matthew is redeemed because he feels true remorse for the murders he had committed.

Guilt May Indicate No True Change of Heart

Guilt is generally an indication that the wounded self is in charge, trying to control the outcome of things with self-judgment. Guilt indicates that no true behavior change is imminent, because no change of heart has occurred. How often have you known people to say "I'm sorry," only to keep doing the same thing over and over? "I'm sorry I lied." "I'm sorry that I hit you." "I'm sorry that I had an affair." I'm sorry that I gambled away our money." "I'm sorry I got drunk and made a fool of myself." "I'm sorry" fueled by guilt, means nothing. It is just a manipulation to control being forgiven. Like the weekly confession to the priest, it often clears the conscience so that the person is now free to commit the unloving act again, having received the desired forgiveness.

A person incapable of feeling remorse may be labeled a sociopath or a psychopath, now called anti-social personality disorder. Such a person may frequently express guilt as a form of control, but due to feeling deeply entitled to do whatever he or she chooses, feels no remorse. These people don't actually feel the feelings of guilt - they are just saying the words as a manipulation.