Home > Learning Center > Anxiety, Depression, Stress > Responsibility vs. Fault
Are You on Your Mobile Phone? Click here for 2800+ mobile optimized, self help and self growth articles. 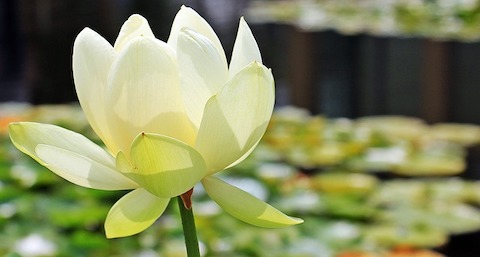 In my counseling practice, I often hear people saying things like:

"It's my fault that she asked for a divorce. If I hadn't worked so much, she wouldn't have left."

"It's my fault that he left. If I had been more sexual, he wouldn't have had an affair."

I often hear clients ask, when I point out something they are doing that is having negative consequences for them, "Are you saying that this is my fault?" I respond with, "No, but it is your responsibility."

What is the difference between responsibility and fault?


Fault implies that you are the cause of a situation.

Your ego  - your programmed wounded self - believes that you have control over other peoples' feelings and behavior, and over the outcome of things. Because the wounded self is deeply devoted to trying to control people and events in order to feel safe, you have to believe that things are your fault in order to continue to believe that you have control. This is where feelings of guilt and shame come from. You feel guilty when you tell yourself that you have done something wrong, and you feel shamed when you tell yourself that you are inherently flawed in some way. These feelings are always the result of believing that you are the cause of others' feelings and behavior - that you pull the strings on how others feel and behave.

If you say, "It's my fault that she asked for a divorce. If I hadn't worked so much, she wouldn't have left," you are really saying that your choices CAUSED her choices. But not all women would leave because their husbands work a lot. While it is not your fault that your wife left, it is your responsibility that you chose to work so much, just as it is her responsibility that she chose to leave.

Nothing that happens outside of yourself is your fault - other than deliberately trying to hurt others. However, all of your choices and responses are your responsibility.


Responsibility is about the ability to respond and how we choose to respond.

Every situation in life offers us opportunities to respond, and how we respond determines how we feel and what we attract to us.

Our responses come from one of two possible intentions - to love or to control. Choosing our intention in any given moment is the essence of free will. Therefore, we are fully responsible for the negative consequences to ourselves when we choose the intention to control.

For example, Al, one of my clients, sought my help when his wife, Allison, informed him that she was leaving the marriage. Al had chosen to be mostly controlling in his marriage. He chose to respond to situations that he didn't like with anger and blame, hoping to have control over getting Allison to do what he wanted her to do. When something didn't go his way or Allison did something he didn't want her to do, he would yell, threaten, and demean her.

Allison had tried to control Al's anger by giving in to him. When that didn't work, she tried just walking away. But nothing she did had any effect on Al's controlling behavior, and finally Allison decided that she didn't want to live this way anymore. She moved out and asked for a divorce.

Was this Al's fault? No, because he was not the cause of Allison's decision to leave. Another person might have made any number of other choices. For example, one of my friends, Benjamin, has a wife who frequently rages - sometimes treating Benjamin as Al treated Allison. But Benjamin never takes it personally. He has no desire to leave.

While it is not Al's fault that Allison decided to leave, his choice to be angry and controlling is his responsibility, and he is responsible for the consequences of his choices. Telling himself that it is his fault keeps him stuck being a victim, but his willingness to take responsibility for his choices gives him the freedom to learn and grow, which will likely lead to change.

Next time you hear yourself say, "This is my fault," try changing your words to "This is my responsibility," and notice the difference this makes! Blaming yourself keeps you stuck, but once you are willing to take responsibility, then you have the freedom to learn and grow.