Home > Learning Center > Motivation: Getting Unstuck > Money Issues
Are You on Your Mobile Phone? Click here for 2800+ mobile optimized, self help and self growth articles. 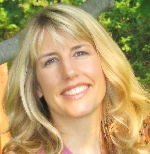 Do you feel stuck in having money issues? Look at what may be at the root of this for you and get unstuck!


Over the years of working with clients I have noticed something about people who have chronic money issues.  These people tend to have a deep addiction to a victim pattern.   Now I know that this is a tough pill to swallow if you are struggling with money right now–but it is important to address it at the root cause otherwise the pattern will just continue.   If you struggle with money issues–it is giving you feedback that you have a victim pattern that needs to be addressed.  Even if your money issues are not huge—but you are frustrated in this area of your life—it means you are stuck in a victim pattern around money.

One of the things to do to shift out of this pattern is to first take 100% responsibility for the status of your financial life.  Let go of blame of others or circumstances and get that you have created this situation.  The good news is that once you get that you have created it–you move into empowerment and know that you can create something different as well.  Your financial life is an outpicturing of your thoughts—your thoughts about money and about yourself.  These thoughts determine your actions and these actions will lead to results.  So your money issues no matter how small or big are giving you feedback that your thoughts which lead to your actions are off track.  These thoughts and actions can be so subtle that it can be difficult to get that you are the one creating what you are experiencing.

Let me illustrate this:Example:  Cindy can never get ahead financially.  She always seems to have more bills than money coming in at the end of the month.  This has been going on for as long as she can remember.  As we worked together we discovered that Cindy didn’t really value herself and her deservability around having enough money.  She remembers her single Mom struggling when she was a child and she thought that–that was just the way it is for women–they just weren’t meant to have enough money.  Unfortunately Cindy’s Mom didn’t value herself enough to take positive action to bring more money in–she stayed stuck in a painful situation her whole life.  Her Mom was stuck in a victim pattern and didn’t chose to get help to shift out of it.  Cindy was able to see that because of her experiences as a child she felt less than and that she didn’t deserve abundance–and repeated the pattern of her Mother by feeling helpless over changing this.  The first step was for her to acknowledge that she was recreating this situation for herself.  The importance of this is that if you blame outside circumstances–the economy, your job, your boss etc–you are stuck in a victim position and from this place you will never make the needed changes to bring in abundance.  Once Cindy acknowledged that she was the one creating this–she was both relieved and excited.  She knew that if she was the one creating her situation–then she could “uncreate” it and create something different.  We explored what she wanted to create instead and it was that she wanted to make $10,000 more a year and that she wanted a surplus of money at the end of the month so she could save and invest.  The next step was for her to open up to valuing herself and her gifts at a deep level.  She wrote out all of her wonderful intrinsic qualities and also all of her gifts and talents.  She worked on seeing that she deserved ease and abundance in her life–she used that as an affirmation “I deserve ease and abundance in my life”.  She also used the affirmations “I easily bring in $10,000 this year” and “I have a surplus of money at the end of the month that I save and invest.”  The next step was for her to brainstorm ways that she could bring in the extra $10,000 a year—these were her ideas—asking for a raise at work, starting a side business that she had been thinking about, selling some furniture she had in the basement, finding a different job that paid more.  As she brainstormed she felt more and more empowered. She realized that she was capable of bringing in more money–and that she had many different ways of doing that.  The final thing we did was a guided imagery where she opened up to all channels of abundance for herself—that she opened up to money coming to her in magical and unexpected ways–I had her release her beliefs about how money could only come through one channel–her job–and open up to every possible way–and particularly the magical ways.  After a month of working on this issue she came to her session beaming—she had brought in $2000 extra dollars!  This came in a variety of ways–including her Aunt sending her a $500 check out of the blue!  Cindy felt excited, empowered and ecstatic that she had finally stepped out of this stuck pattern that caused her and her Mother so much pain.

Make a decision today to take 100% responsibility for what is happening in your financial life.  Now decide what you would like to create instead and take action to bring this into your life!

Shelley Riutta MSE, LPC is a Holistic Psychotherapist in private practice specializing in Inner Bonding and Transformational individual counseling, presentations, groups and Workshops.   To get her free workbook “What Do You Really Want: Finding Purpose and Passion in Your Life” visit her web-site www.RadiantLifeCounseling.com or call her at  920-265-2627.