Home > Learning Center > Addiction, Recovery > Addiction to Being "All Together"
Are You on Your Mobile Phone? Click here for 2800+ mobile optimized, self help and self growth articles.

Addiction to Being "All Together"

Are you a person whom others think has it "all together"? Are you addicted to appearing all together? Discover what you might be avoiding by appearing "fine." 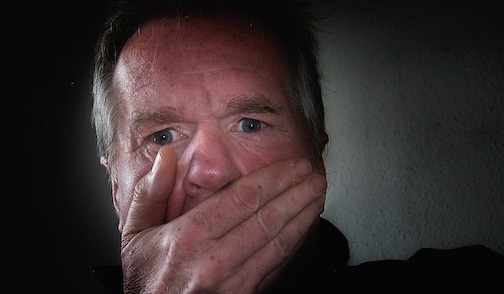 I often have the experience of someone showing up at one of my 5-day Inner Bonding Intensives or Workshops and presenting themselves as "all together", or "fine."

"I'm not sure why I'm here," they state. "I really don't know what to work on. I've been through years of therapy and to a ton of workshops and I'm doing great. I guess I just want to see what goes on here."

"Hummm," I think to myself. "I doubt you spent all this money just to see what goes on here. I wonder what you are hiding from?"

Jerry is one of these people who seemingly has it all together.

Jerry travels all over the world as an executive coach. In his early 50s, he was divorced twice and lived alone in his expensive house. He's financially successful, great looking, articulate, and charming. Yet Jerry has a sense of emptiness within him.

Jerry learned as part of his survival to "be strong," which, to him, meant that he never allowed anyone to see the unhealed wounded aspects of himself and never allowed himself to attend to his own painful feelings. Jerry was terrified that if he opened to his feelings, the loneliness and helplessness of his childhood would overwhelm him.

What Jerry didn't realize is that his painful feelings were not just from the past.

Far from having it "all together," and being addicted to appearing "fine," Jerry was deeply caught up in another ongoing addiction. Never having had any love from his mother, and never having learned how to fill himself with love from Source, Jerry was addicted to trying to get love from women. Having believed himself incapable of filling himself with love, fearful of feeling his deeper feelings, and judgmental toward all his painful feelings and unhealed aspects of himself, women became his source of love.

Of course, because no woman could ever fill the empty place within him that was caused by his own self-abandonment, no woman was ever  the "right" woman. Jerry went from one beautiful woman to another, each time thinking that this time he had found the right woman, only to discover that he still felt empty and alone inside.

In the Intensive, Jerry began to accept that he was not bad or wrong for having painful feelings, and that these feelings were mostly caused by his own self-abandonment, rather than by his past. He began to accept that he didn't have to appear all together to be accepted, and that, in fact, appearing all together pushed people away. Jerry discovered that he could learn how to nurture himself through his feelings of loneliness and helplessness concerning others. He discovered that he could tap into the infinite Source of love that is always available to all of us and begin to fill himself with love rather than having to be at the mercy of women. He began to discover the joy of filling himself with love and sharing it with others, rather than always trying to get love and approval from others.

Jerry was deeply relieved to no longer have to have it all together.