Home > Learning Center > Health and Nutrition > Mental Health Care Today -- Be Your Own Advocate
Are You on Your Mobile Phone? Click here for 2800+ mobile optimized, self help and self growth articles. 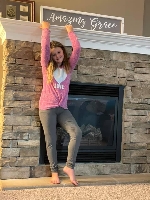 Mental Health Care Today -- Be Your Own Advocate

In response to questions on whether to take medications, follow a certain diet or try different therapies, there is no "one size fits all" when it comes to healing. Yet that is exactly what many providers of mental health care try to do. It is in doing your own work and being willing to be your own advocate that will make the difference.


Since I am part of the group who prescribes medications I would like to add some other insights I have gained over the years. There are some people who require medications for mental health disorders that cannot go without them or they would be in danger. However, I believe that a majority of the mental health problems are caused by situations in someone's life that has eventually set them up to be diagnosed with a mental illness and they are then medicated to "manage them", as that is how our society deals with mental health. The medical model is the worst culprit with treatments often being fear based. People shun and ostracize what they fear the most and the majority of our society believes medications are the answer to "control" the "mentally ill". Insurance companies want medications, not expensive therapy--that is limited to only those who can afford it. Only in recent years has mental health parity occurred. Prior to that you were severely limited in what you were allowed to claim or have paid out as the maximum amount. The majority of people I see have often been diagnosed with Bipolar Disorder when in fact, the outbursts or out of control behaviors are as innerbonders describe, our inner child fighting to be heard and paid attention to and healed. When the angst is so great and the only outlet seems to be to hurt themselves in order to feel or release the pain, people are then labeled as Borderline Personality Disorder. There are many people with this label who, with intense work such as IB, often no longer exhibit the extremes in mood swings or out of control behaviors/emotions, yet they are stuck with this label and it follows them everywhere, frequently causing them to receive less than the compassionate care that they require.

Often, when first working on the issues, medications may be necessary. Just as a strong foundation is needed to build a sturdy home, a firm sense of self and feeling of control are needed, and medications can often help with this until the person is able to learn or develop other skills and the medications can then be tapered off. It is an honor to witness this with a client, to see them heal and become whole without the further use of medications. However, it is difficult to find practitioners who are willing to view trauma and healing in a holistic manner. We wouldn't need movie stars admitting to mental health problems in t.v. ads if our society accepted depression as something not to be feared or disdained. Try discussing Inner Child work or IB to psychiatrists or other mental health workers and let the eye rolling begin. Some areas of the country are more accepting of these techniques than others. Medical schools don't teach adequately about mental health and treatments outside of the medical model. The last psychiatrist I worked with had to be taught about PTSD and it took a while before he would finally stop diagnosing everyone with Bipolar Disorder. After a couple of years he finally admitted that 95% of our clients had PTSD and he was amazed as he never learned any of this at his prestiguous medical school in New York! We are a long ways from having practitioners view clients as individuals with separate needs and not a "one size fits all". Yet that is exactly what needs to happen. If I could take just half the time back that I spend doing paperwork to convince insurance companies or public assistance to let me treat each person as an individual, more time could be spent getting the person stabilized enough to begin the difficult but rewarding process of healing. We all need each other to change what we presently have, a broken and antiquated system. I have learned a lot on this site that I have used in my practice--such as checking Vitamin D levels as when low they can cause or add to depression, about adding certain vitamins to avoid other the toxic treatments many of my colleagues still adhere to. I would much rather hand a client a book to read, or a website to check out than to write out a prescription for pills if that will work, or to send them to therapy and avoid any medications if at all possible. For some that can work, for others, they need the combination. Each of us has to be willing to do our part, to feel some pain instead of asking for something to dull it. We have become a society expecting a "quick fix" to something that took years to develop and a society not willing to feel the pain when there something easier and a lot less work. For those of us who have worked hard to heal, we know what private hell we have gone through to get there and what has and hasn't worked. It's this kind of sharing that may just possibly be the impetus to help others make it through to the other side. If I can teach one person how to use EFT instead of taking a pill for their anxiety, I consider it a rewarding day and I occasionally have them. This is one example of how to take on the responsibility for managing our own feelings/inner child. It is the exception rather than the rule but I figure if I keep trying, just maybe it will one day become as accepted as taking a pill.