Home > Learning Center > Addiction, Recovery > Addictions: Talking as a Form of Resistance
Are You on Your Mobile Phone? Click here for 2800+ mobile optimized, self help and self growth articles.

Addictions: Talking as a Form of Resistance

Do you use talking as a form of resistance and control? This addiction, as well as many others, being a form of self-abandonment, leads to much suffering. 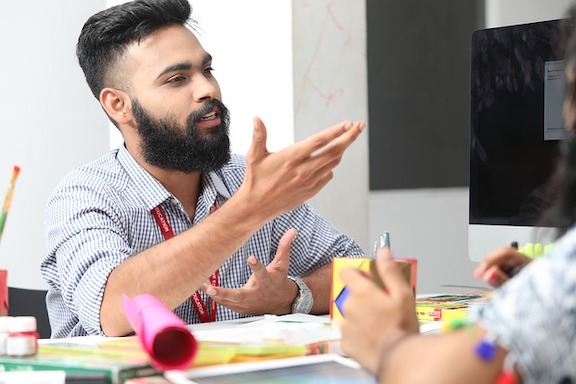 I am sitting with Bryan at one of my 5-Day Inner Bonding Intensives. Bryan is talking about one thing after another, and I cannot follow him at all. Nor can I connect with him. My loneliness in sitting with him is giving me important information - that he is in his head, in his wounded self, protecting against his feelings and avoiding responsibility for his feelings.

"Bryan, would you be willing to take a deep breath and put your focus into your heart?"

Bryan starts to debate with me, asking irrelevant questions, deflecting, trying to pull me into his system of avoidance.

"I’m wondering what you are avoiding feeling?" I gently ask him.

"I don't know." He looks at me expectantly, waiting for me to tell him what he is avoiding.

"What are you feeling right this minute?"

"Bryan, it appears to me that resistance is your God - that resisting is more important to you than being loving to yourself and others."

I see a light flicker in his eyes and a small smile come to his face. He knows exactly what I mean by this.


I feel deep compassion for this young man. His resistance tells me volumes.

It tells me that he has a highly invasive parent - which turns out to be his mother - and that he had to learn to avoid her tentacles in many different ways. Being smart and articulate, he learned to stay in his head and talk as a way to keep himself safe from being controlled by anyone.

The problem is that his talking pushes people away and now Bryan is very lonely. What started out as a brilliant coping mechanism has now turned into his prison. His terror of invasion leads him to isolate, which makes his wonderful, smart and playful inner little boy very lonely. When he is around people, as at the intensive, he has a hard time being open due to this same fear.

Developing a loving adult is what creates the freedom from being invaded and controlled.

Bryan needs to develop a loving adult who can protect him against invasion in healthy ways, such as saying yes when he means yes, and no when he means no. He needs a loving adult who can tune into his feelings and let him know when someone is trying to be invasive, instead of acting as if everyone is trying to control him and shutting everyone out.

"Bryan, my suggestion to you is to continue doing exactly what you are doing, but now do it consciously. Resist as much and as hard as you can. Do it on purpose rather than unconsciously. Only through awareness of your choice will another choice become available to you."

Fortunately, Bryan did not resist being aware of his resistance. He discovered that his resistance was ubiquitous, and it made him feel very sad.

"Bryan, when someone is being invasive and trying to control you, are they being loving or unloving?"

"It feels unloving to me."

"How does it feel in your heart when someone wants to suck the life out of you or have control over you?"

"It feels terrible. Kind of heartbreaking."

"Yes, that is exactly how it feels. And this feeling in your heart is letting you know that someone is being unloving. If you can acknowledge it with compassion for yourself, then you can open to learning with your higher self about what would be loving to you in the face of another's invasiveness. If you listened to your higher self and took the loving action, you would feel safe from invasiveness without having to go into your head, or shut down and withdraw."

Many others in the Intensive identified with Bryan. Carl realized that he got hard and judgmental when he felt another's unloving behavior. Susan admitted to getting angry and judgmental when her fears of rejection got activated. Allen and Josh realized that they, too, used going into their heads and talking as a way to avoid their painful core feelings that got activated when others were being unloving, or they were afraid of rejection.

All of us have learned to avoid our core painful feelings with our various protections, and it is this avoidance that now causes our suffering.