Home > Learning Center > Motivation: Getting Unstuck > Wounded Self Day Care
Are You on Your Mobile Phone? Click here for 2800+ mobile optimized, self help and self growth articles. 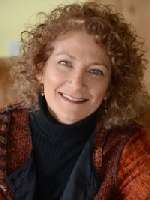 Wouldn't it be great if we could send our Ego-Wounded Selves to Day Care with Guidance every day so it could be happy and not bother us? If your wounded self is just too strong and stubborn for you to handle on your own, call Guidance for back up!

I had this ritual that I used to do for a long time when my wounded self was overpowering me. I would envision my Guidance as an Ideal Parent, one who could handle and tolerate my wounded self without batting an eye - without judging her, capitulating to her or believing anything she said. An Ideal Parent who could see past all the wounded self’s mean words and actions to the truth - my wounded self was scared. It wanted to help me, but didn’t know how. It was doing the best that it could - following its conditioning.

In those early days of learning Inner Bonding, my wounded self always won. Its vehemence and hatred and intensely judgmental attitude toward me would decimate me every time. I was powerless in the face of it. It was on me like white on rice all day everyday, beating me up for every imagined mistake, forecasting failure and rejection into all aspects of my life.

It was my Inner Bonding Facilitator’s idea for me to just pack my WS off to Day Care with Guidance every day until I got strong enough to stand my ground with it and not believe it. Until I could tolerate having it around without it thwarting my work and ruining my projects and relationships.

So I surrendered the fight (since I couldn’t win against it anyway). Every day I would take it by the hand, with an imaginary knapsack filled with a delicious lunch and fun activities, and meet Guidance at the top of the hill. I would put my wounded self’s hand in my Guidance’s hand and they would smile at each other. My Guidance beamed love at my wounded self and my wounded self ate it up. Here, finally was someone who understood her! Someone who saw the contribution my wounded self was trying to make to my life (while failing miserably)! Someone who appreciated his efforts!

I was grateful that Guidance could do this because I couldn’t. My Adult Self had been a host for so long to my wounded self that I was perforated with the holes it had made in my self-esteem. I was convinced that it was right. Wasn’t it just repeating everything my abusers had said to me when I was young? The things that rendered me helpless? I was trained to crumple when it would voice a familiar judgment against me.

Even though I was getting a clue by then that my Ego-Wounded-Self was trying its best to protect me from pain (by having me crumple instead of standing up to get knocked down again), I needed a buffer. I needed a time out so I could have some peace and live for a couple of hours without flinching in fear and getting mired in self-doubt.

I needed to build some momentum in being able to hear my Guidance and cultivate compassion for my Inner Child. I learned that it’s ok to send the bully away to a being who can take care of her and lovingly stop her from doing more harm.

It’s ok to surrender when your opponent is stronger than you are and there’s no way you’re going to win. I needed to give up the battle so I could build a strong enough sense of self to win the war.

And I did. I practiced the 6 Steps of Inner Bonding over and over again. Even when I felt like I was failing at it. Even when I was frustrated that I couldn’t distinguish my Adult Self from my wounded self at first (because they were so enmeshed). And sometimes my wounded self would pretend to be my Guidance!

But I would show up the next day and the next. I would train. While my wounded self was absent, I could connect to my Inner Child. I could hear my Guidance. We forged a relationship. I realized I had help - real help. I wasn’t doomed to failing. I experienced my Guidance’s clarity and healing power. Guidance was so much stronger and smarter than my wounded self and actually had the ability to tell me the truth and suggest loving actions for me to take for my Inner Child. I developed the capacity to take these actions on faith. The more I followed Guidance, the better my results, and eventually my experience of life became more fulfilling. It’s true what they say, (when we leave the internal or external abuser behind) “it gets better.”

Here’s the beautiful way Mary Oliver expresses this in an excerpt from her poem, “The Journey”:

“… little by little,
as you left their voices behind,
the stars began to burn
through the sheets of clouds,
and there was a new voice
which you slowly
recognized as your own,
that kept you company
as you strode deeper and deeper
into the world
determined to do
the only thing you could do—
determined to save
the only life you could save.”

From “The Journey,” by Mary Oliver, from Dreamwork (Atlantic Monthly Press)

So if your wounded self is just too strong and stubborn for you to handle on your own, call for back up. Red Rover him or her over to Guidance’s address. Let Guidance babysit him or her in Wounded Self Day Care while you get stronger.