Home > Learning Center > Anxiety, Depression, Stress > The Important Information Confusion Has For You
Are You on Your Mobile Phone? Click here for 2800+ mobile optimized, self help and self growth articles.

The Important Information Confusion Has For You

Discover what information your confusion is giving you. 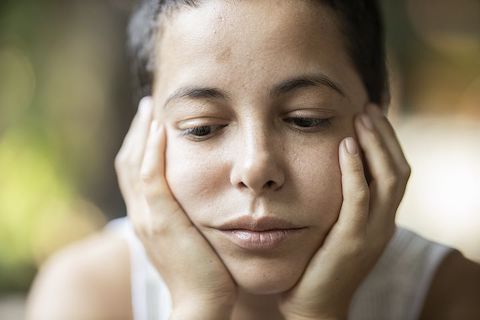 There are two kinds of situations that can cause confusion:

2) You will likely feel confused when you are with someone else who is lying to you.

In a session with Glenn, he told me about an incident involving his wife, Diana. Diana was telling him something while the TV was on, and he couldn't focus on what she was saying. He became confused, and in his confusion, he got annoyed with her.

As we explored his annoyance, he became aware that he was judging himself coming from a false belief: "I should always know what to do." His wounded self decided when he was very young that he was supposed to know what to do, since he often got punished for doing things wrong. So his feeling of confusion was not okay with him.

"Glenn, are you willing to take your judgment off your feeling of confusion, and instead recognize that the feeling is informational?"

"Now, go back to the situation and ask your Guidance what would be loving to your little boy in that situation with Diana?"

"I already know. I would say to Diana, 'I can't focus on what you are saying with the TV on. Do you mind if I turn it off?' I can see that once I judged myself for feeling confused, I didn't know what to do, so I got annoyed with her."

Confusion Stemming From Someone Lying

In Scott Peck's book, People of the Lie, he states that when we feel confused in an emotionally charged interaction with another person, this is an indication that the other person is likely lying. This is very valuable information from our inner child – our inner guidance - and not information we want to ignore. Of course, this does not apply if someone is offering us factual information, or teaching us something new, and we are confused because we are not yet familiar with the material.

What Are Some Of Your False Beliefs About Confusion?

Like fear, which can come from the lies we are telling ourselves, or from an external source that indicates real and present danger, confusion can come from both internal and external sources. In either case, it is an important feeling to pay attention to, as it indicates that there is something important to attend to. The confusion that we cause indicates that we are out of alignment with love and truth, and the confusion caused by another may indicate that he or she is out of alignment with love and truth.

What nurtures you? Do you feel nurtured by being out in nature? By doing something creative? By sitting quietly and listening to music or reading or watching a movie? By being with caring friends? By being physically active - hiking, playing a sport, or gardening? By meditating, journaling, practicing Inner Bonding? By playing fun games? By playing a musical instrument? Today, be sure to create balance in your life by nurturing yourself.

Aug-03: COVID-19: Are You Trusting Yourself or Trusting Authorities?

Jul-27: Goals: Guiding Your Course or Attached to Outcomes

Jul-20: You Can Change The World

What nurtures you? Do you feel nurtured by being out in nature? By doing something creative? By sitting quietly and listening to music or reading or watching a movie? By being with caring friends? By being physically active - hiking, playing a sport, or gardening? By meditating, journaling, practicing Inner Bonding? By playing fun games? By playing a musical instrument? Today, be sure to create balance in your life by nurturing yourself. By Dr. Margaret Paul