Home > Learning Center > Relationship Advice, Love Advice > Healing from Attracting Unhealthy Relationships
Are You on Your Mobile Phone? Click here for 2800+ mobile optimized, self help and self growth articles.

Are you attracting emotionally unhealthy relationships over and over? You CAN heal and attract loving relationships with friends and a partner! 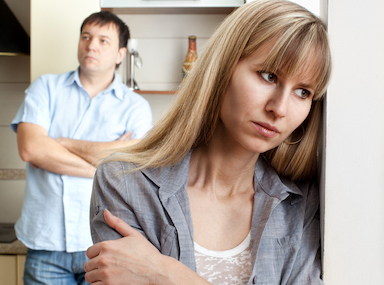 Janis asked me the following question:

"I have been doing therapy and reading a lot about healing since a short but very emotionally abusive relationship ended. I seem to have a pattern of codependent behavior and attract narcissists like a magnet. Thanks to therapy I am learning how my incapacity of having a healthy relationship (included friendships) is linked to beliefs and behaviors originated in my childhood. The problem is, this awareness is not helping me. I am stuck in an endless and tiring analysis but I still suffer because of the way I was treated by my ex and other people, and deep down I think that I was treated with no respect because I somehow didn't deserve any respect. It doesn't help when I am told that it is my choice to be stuck in the past and that happiness too is a choice. The more I beat myself up because of my negative thoughts, the worse it gets. Any advice on how to help my healing to reach the next step?"

I also did a lot of therapy that changed nothing in my behavior and experience. Nothing changed for me until I got out of focusing on the past and instead focused on loving myself.

The key to the problems that Janis is having is in this sentence: "… deep down I think that I was treated with no respect because I somehow didn't deserve any respect."

When Janis says "deep down," what she is really referring to is her wounded self. Her wounded self has been programmed with the false belief that she doesn't deserve respect. She is stuck because not only is her wounded self judging her as unworthy of respect, but then she is beating herself up because of her negative thoughts.

Janis will stay stuck until she decides to consciously change her intent from controlling with her self-judgments to loving herself. It might help her to do this if she imagines telling an actual child, "You don't deserve any respect. It's your fault that people treat you without respect because you don't deserve respect."

Obviously, a loving parent would never say this to an actual child.

When Janis decides to learn to love herself, then she will start to become aware of how much she is judging herself. She will notice her self-judgments without judging herself for judging herself. Instead, she will move into compassion for how awful her inner child feels when she judges herself, and for her wounded self, who is programmed with many harsh false beliefs about who she is.

As she chooses compassion rather than judgment when she judges herself, she will slowly begin to connect her pain with her self-judgment. This awareness gives her new choices. She can learn how to go to her guidance for the truth and start to bring the truth to her inner child. As she learns to see her true soul self through the eyes of her higher guidance, she will start to treat herself with the respect she deserves.

The more she treats herself with respect, the less she will be attracted to people who treat her with a lack of respect. Others often treat us the way we treat ourselves, so as she develops the ability to value herself more, she will start to draw in people who also value her.