The problem of ending relationships gracefully arises because many people see it as a reflection of their worth when someone doesn't want to be with them. 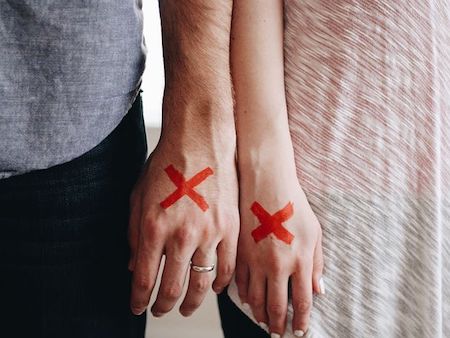 In my counseling practice, I often hear the question, "How do I end a relationship without hurting someone's feelings?" Whether it's a romantic relationship or a friendship, ending it gracefully is generally a challenge.

The problem arises because so many people see it as a reflection of their worth when someone doesn't want to be with them. "If I was good enough, this person would want to be with me, so there must be something wrong with me."

There is Another Way to See This...

So if I say to someone, "I don't feel a strong connection between us," I am simply stating a fact. I am not making a judgment about the person's adequacy or worth.

The Mystery of Connection

All of us meet perfectly wonderful people with whom we just don't feel a connection. The person might be very attractive, have similar interests to us, and even be on a similar growth path or spiritual path. Yet we just don't connect. The spark that ignites friendship or romance just doesn't exist. If we could all accept that someone not wanting to be with us has nothing to do with our worth, we would not get hurt when someone says no to a relationship.

I don't pretend to understand all the factors that create connection between two people. All I know is that all of us have the experience of connection with another that occurs deeply and rapidly, as well as the experience of a lack of connection. Many people have had the experience of being fixed up with someone because a friend said, "I just know you two will like each other. You are so similar," only to discover a complete lack of connection. Katie, a client of mine, recently said to me, "Everyone said Rick is perfect for me. We look good together, we have similar interests and backgrounds, we are the same religion, we are equal educationally, and he is a really sweet guy. I kept thinking that if I just gave it time, I would feel the connection. But it never happened. I felt so badly breaking up with him because there is nothing wrong with him, but the connection just isn't there."

Is it anyone's fault that the chemistry or connection isn't there? Of course not! There is nothing wrong with either Katie or Rick. The connection just isn't there for Katie. She couldn't make it be there. She ended up saying to Rick, "You are a really terrific guy. I wish I felt the connection with you that I want to have with a partner, but I don't. It's not your fault - it's just not there."

Letting go of Responsibility for the Other's Feelings

Ending a relationship gracefully means speaking our truth without blame or judgment and not taking responsibility for another's feelings. Randi, another one of my clients, recently told me that she was able to tell the truth rather than give herself up to avoid hurting someone. A friend had introduced her to Barb, thinking that Randi and Barb had a lot in common and could be good friends. Randi got together with Barb and felt no connection. In fact, she felt the opposite. While Randi felt that Barb was a sweet person, she also felt Barb's energy pulling on her in various ways. While some people might not mind needy energy, or even find it endearing, Randi didn't like it at all. She was pleased with herself because she was able to tell Barb that she just didn't feel a connection with her. Randi was able to let go of taking responsibility for Barb's feelings if Barb felt hurt by this.

Is there always a way of breaking up or saying no to a relationship without someone getting hurt? No. But by gently speaking your truth, you can gracefully end a relationship, and if you accept that another's feelings come from his or her belief system, then you won't feel guilty if the other person feels hurt.

Do you believe that if you punish someone you love with anger and withdrawal, they will change and be the way you want them to be? They may sometimes do what you want to avoid your anger or withdrawal, but they will not love you more - you cannot control their love. Today, remember why you love them.

Do you believe that if you punish someone you love with anger and withdrawal, they will change and be the way you want them to be? They may sometimes do what you want to avoid your anger or withdrawal, but they will not love you more - you cannot control their love. Today, remember why you love them. By Dr. Margaret Paul