Home > Learning Center > Communication Skills, Effective Communication > Do You Take Accountability for Your Energy?
Are You on Your Mobile Phone? Click here for 2800+ mobile optimized, self help and self growth articles.

Do You Take Accountability for Your Energy?

Are you aware of how your energy affects others, and do you care about this? 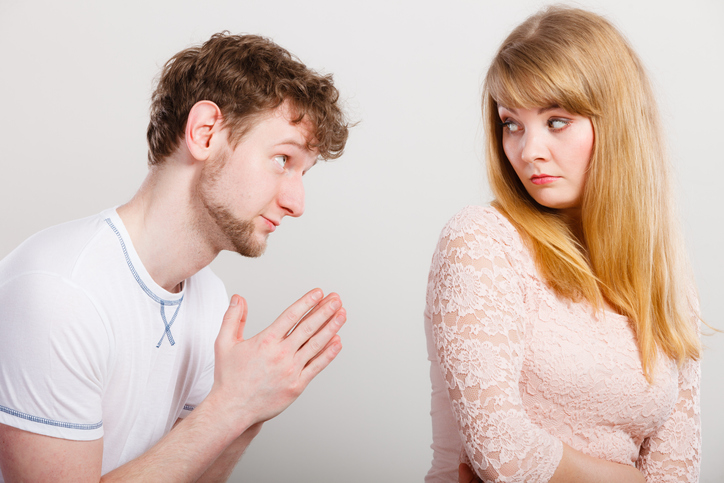 Most of us know that we need to be accountable for our harmful actions toward others. We know that we are responsible if we physically harm others, steal their property, and so on. However, many people never think about being accountable for how their energy affects others. Yet our angry, blaming, attacking, judgmental, or withdrawn energy can feel just as violating to others as if we punched them.

Think about what happens for you inside when someone gives you an angry look. Does your stomach tighten? Does your whole body get tense? Our bodies generally respond to the energy of anger and blame with an adrenaline reaction, just as if we were being physically attacked. Even if the anger isn't overt, such as when someone is withdrawn, others can feel the negative energy and are affected by it.

At one of our Inner Bonding intensives, we got into a discussion about energy accountability when one of the participants - I'll call her Sally - blamed another participant for interrupting her. "Your comment has gotten me off track. Now I can't remember what I was going to say. And this is not the first time you've done this." The other participant - I'll call him Alex - felt bad and apologized, but I could see that Alex didn't know what to do to take care of himself in the face of the blame. I could also see that most of the participants felt tense in the face of the blaming energy.

When I asked Sally about the good reason she had for saying this to Alex, she believed that she was standing up for herself and setting a healthy boundary. Yet she realized that she didn't feel good after the interaction, even though Alex apologized. Sally's discomfort came from the fact that she really wasn't taking loving care of herself - she was being a victim.

It is never loving to ourselves, and it always puts us into a victim position, to blame another for our feelings or behavior.

"So, what could I have done to take care of myself?" asked Sally. "Well," I answered, "You might have just held up your hand and gone right on with what you were saying, or said something like, 'I need to finish this thought.' Then you wouldn't have gotten off track. It was your choice to stop what you were saying to pay attention to what Alex was saying, and then blame Alex for it. Even though you didn't act angry with Alex, your energy was telling him that he did something wrong and should feel guilty and responsible for your feelings about what he did. You made him responsible for getting you off track. If your intent was to take care of yourself, you would have automatically done something else. Our behavior and resulting energy come from our intent. The moment our intent is to be fully accountable for our feelings, behavior, and energy, we will behave totally differently than when our intent is to make someone else responsible for how we feel or how we behave. When we are emotionally accountable, we are also energy accountable."

Then we did a little work with Alex. Alex realized that he had done what he often did when being blamed - he made himself wrong and took responsibility for the other person's feelings rather than for his own, and then felt badly. "So how could I have taken care of myself in this situation?" he asked. I asked Alex to open to his guidance and see what would have been loving toward his inner child. "I think I needed to say to Sally, 'This doesn't feel good. I don't want to be blamed for you getting off track and for your upset,' without blaming her. I think I would have felt really good if I had remembered to say that. When I have said things like that, I feel really good."

There is so much to learn when we are open to learning.

Both Sally and Alex were grateful that the interaction occurred, because both learned a lot about taking responsibility for their feelings and behavior, as well as for being accountable for how their energy affects others. The other participants were also grateful because all of us have been affected by others' energy, but many people are unconscious of how their own energy - even when they don't say anything - affects others. Everyone realized that they often feel uneasy when someone is disapproving, judgmental, angry, or withdrawn. "Wow! Now we need to be accountable, not only for our feelings and behavior, but for our energy as well!" stated one of the participants.

Right. Our intent will always be betrayed by our energy, even when we don't say anything. Our intent to protect through some form of controlling behavior will be felt even if we don't say anything, or even if we say it calmly. We cannot hide our intent. When we become conscious enough to be deliberate about our intent, we will naturally move into emotional and energy accountability.