Home > Learning Center > Happiness, Healing, Self-Esteem > Your Wounded Self Is Not the Real You
Are You on Your Mobile Phone? Click here for 2800+ mobile optimized, self help and self growth articles.

Your Wounded Self Is Not the Real You

When we believe we are our wounded self, we end up with low self-worth. 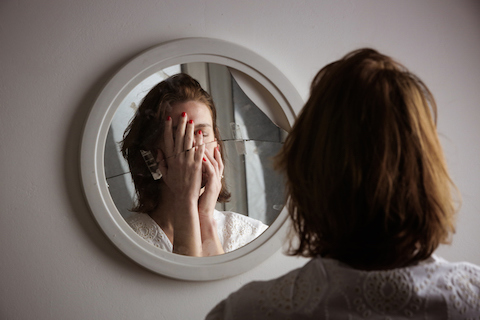 Did you feel loved, valued, cherished and safe as a child?

Many of us did not receive the love we needed. Whether it was due to physical, sexual, and/or emotional abuse or neglect, or to not being seen, recognized, accepted, and valued for who we are, most of us did not receive what we needed from our parents or other caregivers in order to have a high sense of self-worth.

When we are not seen, loved, and cherished for who we really are, most of us tend to hide our true self and develop a different self – our ego wounded self - that we hope will get us the love we need and enable us to avoid the pain we can't manage. Then we tend to forget that the self we created is not our real self. While operating from our wounded self was necessary as a child as part of our survival, now our wounded self is causing many of our problems and much of our pain.

One of the major problems many people suffer from is low self-worth.

Sonia grew up being a very "good girl." She learned to do everything her parents wanted her to do to avoid punishment and receive approval. She did the same thing in her marriage, becoming a meek and compliant wife. When she found out that her husband was having an affair, Sonia decided that being a good girl wasn't working for her. When Sonia consulted with me, she was a lost soul, having no idea who she really is. "I want to find myself," she told me.

In the course of our work together, it became apparent to me that underneath her bland meek exterior, Sonia is a real dynamo.

She has an intense and passionate nature that she had worked hard to subdue to become acceptable to her family. Her true soul self is intuitive, creative, curious, courageous, and funny - quite the opposite of her wounded self! Sonia’s self-worth grew as she gradually allowed her true soul essence to emerge. She was finding herself.

On the outside, Brad is a tough guy, a "real man." Early in life Brad learned to be hard, argumentative, judgmental, and defensive as his way of surviving the pain of some very difficult life situations. But under that tough exterior is a tender-hearted, passionate, poetry-writing, highly emotional and very endearing essence with a great sense of humor.

At the time Brad consulted with me, he had already lost two marriages and was starting to have the same problems in his present relationship because of his tough wounded self. It didn't take long for me to see through to his wonderful essence, but I also saw that he was very afraid he would be too vulnerable to being hurt if he opened to his gentle nature. As we worked with Inner Bonding to develop his spiritually connected loving adult, Brad found ways to take care of his gentler, vulnerable self without getting massacred by others' demands, meanness, and insensitivity. He discovered that he was even more powerful as an honest and direct loving adult than he was operating from his angry and defensive wounded self. Instead of always feeling like something was wrong with him, Brad learned to value the intensity and passion of his true soul essence. His present relationship is blossoming as a result.

As long as Sonia and Brad believed they were their wounded selves, they felt insecure and empty

When they discovered the beauty of their true selves and had the courage to be who they really are, they felt the black hole within being filled with love. The more they embraced their true, core selves – their inner child - the easier it became to take loving care of themselves.

We take care of that which we value. As long as they believed they were not good enough - which is a deep false belief of the wounded self - there was not much motivation to take loving care of themselves. As they discovered the beauty and wonder of their soul essence - their individualized expression of spirit within - their need for their learned protections subsided, as did their need for outside approval.

It is vitally important for all of us to know that we are not our wounded self - that we have an incredible God-given essence within just waiting to be allowed to fully express itself. Through practicing Inner Bonding and learning to see yourself through the loving eyes of your spiritual guidance, you can begin to embrace and manifest your wonderful essence.

Today, attend to what you want. Listen to the inner promptings of your soul and spirit. Listen for what is loving to you - and then do it!

Today, attend to what you want. Listen to the inner promptings of your soul and spirit. Listen for what is loving to you - and then do it! By Dr. Margaret Paul