Home > Learning Center > Relationship Advice, Love Advice > How Important is Your Integrity to You?
Are You on Your Mobile Phone? Click here for 2800+ mobile optimized, self help and self growth articles.

How Important is Your Integrity to You?

Do you have the courage to act with honesty and integrity, or would you rather sacrifice your integrity to avoid conflict in your relationships? 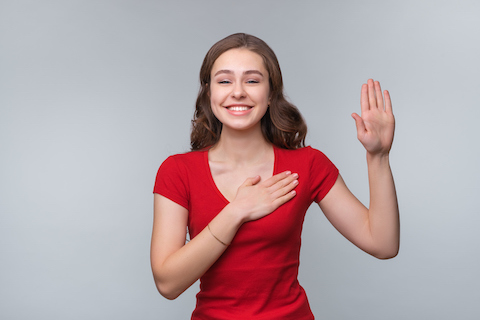 Ray consulted with me because his ten-year marriage was running into severe difficulties. He was deeply in love with his wife and was terrified of losing her, yet the outlook was not bright with the way things had been going.

Ray was a scientist and part owner of a large and successful lab. He loved his work and often got lost in what he was doing, forgetting the time. His wife, Vickie, had learned to accept this about Ray, and no longer took it personally when he worked long hours and came home late. However, the one thing that really upset her was when Ray said he would be home at a particular time and then came home hours later, without ever calling her. She had told Ray many times that if he would just call and tell her he would be late, or not give her a time, it would be fine. When he did call or didn't give her a particular time, it was fine. But too often, after telling her a time, he didn't show up and he didn't call. When he finally arrived home after not calling, she was closed off and distant. Ray would then get upset with her for being closed. She was reaching the point where she was no longer willing to be treated with what felt to her like disrespect.

Ray was not acting with integrity, because he was saying one thing and doing another.

As a result, he was feeling badly about himself, but blaming Vickie's withdrawal for his painful feelings, which was only deepening his lack of integrity. Not only was he not keeping his word, but he was not being accountable for his actions, and was blaming Vickie for his feelings.

As we explored why Ray didn't call Vickie, it became apparent that he had learned as a child to be a caretaker. He was actually a very kind and loving person but was always trying to please everyone. Because he could not bear what he projected was Vickie's disappointment, he would tell her what he thought she wanted - a time that he would be home. Then, the moment he felt a conflict between what he wanted and what he thought Vickie wanted, he would space out and go unconscious, avoiding the whole situation by ignoring the time. However, even though he was doing what he wanted to do, he would feel tense inside. His inner child was not happy with his lack of integrity. But he would choose to ignore his stressful feelings, and then dump them on Vickie when he finally arrived home.

As we explored the great stress his lack of integrity caused him, Ray began to see that he needed to keep his word, not just for Vickie, but for himself. He began to understand that not being true to his word was harming him and causing him to feel inadequate, no matter how much he worked and how much money he made.

Our essence has a deep and natural sense of integrity.

We cannot ignore this without harming ourselves. Ray realized that by going unconscious because he didn't want to deal with possible conflict, he was not only causing more conflict with Vickie, but he was letting himself down in a way that was deeply harmful to himself.

Take a moment to look over the characteristics of integrity at the beginning of this article. Think about any areas where you are not being in integrity with yourself and others. Think about how you feel when you are not reliable with your word, when you are not honest about yourself, when you behave in ways that do not reflect your values, and when you are not accountable for your actions and feelings. People may choose a lack of integrity when they think that the outcome will be worth it. But is it worth any outcome - emotional or financial - to do harm to your own soul? We can “get away with it” only when we are not aware of the harm we are doing to ourselves.

Remember, we are on a spiritual journey of the soul. Integrity is a big part of this journey.