Home > Learning Center > Relationship Advice, Love Advice > Relationships: Control or Kindness
Are You on Your Mobile Phone? Click here for 2800+ mobile optimized, self help and self growth articles.

If your primary focus in your relationship is to control your partner, rather than kindness, then you are likely having relationship problems. 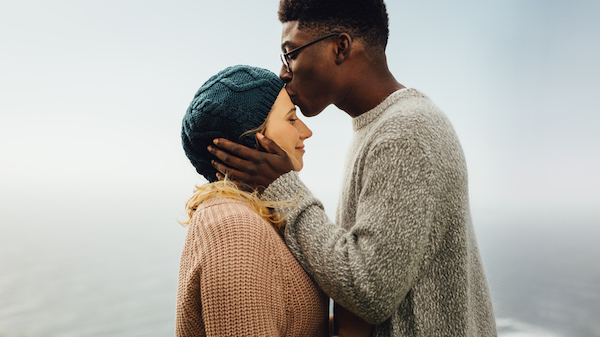 What do you see when you look at your partner?

When Carmella looks at Rudy, she sees his insecurity and withdrawal, which she does not find attractive. She sees his neediness when he pouts over not having sex. She sees his lack of motivation - he is not a go-getter. She sees his growing potbelly, which is the result of a lack of exercise. As a result of seeing all these "defects," Carmella is thinking of leaving Rudy. Instead of feeling loving toward Rudy, she finds herself being more and more critical of him.

The problem is that Carmella is seeing only Rudy's outer self and his ego wounded self - the part of him that comes from fear and false beliefs. But this is NOT who Rudy really is.

Carmella fell in love with Rudy because of his sweetness, warmth, sensitivity, creativity, and sense of humor. Rudy still has all these wonderful qualities - they are who he really is. Yet this is not what Carmella sees now when she looks at Rudy.

Getting Help Rather than Leaving

Rather than just leave the relationship, Carmella and Rudy sought my help. It soon became apparent that Carmella's intention in the relationship was far more focused on controlling Rudy than on loving herself and him. Having an innately sensitive nature, Rudy felt crushed by the criticism and had learned to retreat to protect himself from the rejection he so often experienced with Carmella. He loved her very much, but he didn't feel loved by her. When he tried to talk with her about it, she just defended herself and attacked him even more. Over time, he had learned to just shut down.

Controlling Rather Than Loving

Both Carmella and Rudy were intent on controlling each other rather than being kind and caring to themselves and each other. Carmella was trying to get Rudy to be more assertive and motivated with her criticism, while Rudy was trying to have control over how Carmella felt about him by being quiet, and was trying to control his pain with his shutting down. Both of their forms of control were causing problems in the relationship.

The System Between Them…

"Carmella," I said to her. "In any given moment, you have the choice to look at Rudy and see his wounded self with all his fears and insecurities, or you have the choice to see his true self, his essence. Rudy has a beautiful, sensitive, caring, sweet essence. And he loves you very much. But in order to fully express himself with you, he needs to be seen and valued by you for all his wonderful qualities. As Alison Armstrong states in her excellent book, "Keys to The Kingdom," you are turning a prince into a frog.

Then I spoke with Rudy. "Rudy, I really understand that Carmella's criticism of you feels crushing to you. But shutting down and withdrawing is not a loving way of taking care of yourself. Your inner child needs you to speak up for him. When Carmella is critical of you, instead of withdrawing, you need to say something like, 'This feels terrible. I hate it when you treat me this way. I hate being criticized by you. I don't like it when you try to control me and get me to be the way you think I should be.' Carmella is not aware of being so critical, and she is not aware of the effect her criticism is having on you. You need to be willing to risk speaking up for yourself rather than withdrawing."

Both Carmella and Rudy agreed to learn and practice Inner Bonding so they could learn to be kind to themselves and to each other. Carmella worked hard to see the Rudy she fell in love with. Rudy started to speak up for himself when Carmella was critical and started to feel better about himself as a result. Through their Inner Bonding practice and the resulting kindness to themselves and each other, their relationship is healing.