Home > Learning Center > Communication Skills, Effective Communication > The Goals of Controlling Behavior In Relationships
Are You on Your Mobile Phone? Click here for 2800+ mobile optimized, self help and self growth articles.

The Goals of Controlling Behavior In Relationships

Are you aware of how you might be trying to control others' feelings and behavior? 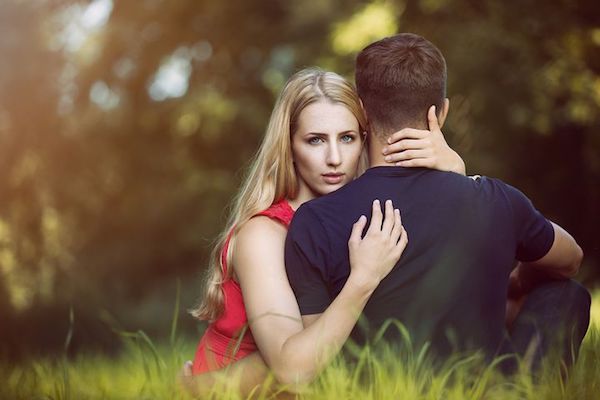 All of us are controlling in one way or another, yet many of us are not aware of what it is we are trying to control in our relationships.

I've found that there are two major areas in which we might try to control others:

Let's take the example of Jeff and Pam. Jeff tends to focus on what Pam does - how she spends her time and who she spends it with, how much money she spends, how well she keeps the house, and how she looks. When Pam doesn't behave in the way Jeff thinks she "should", he becomes angry, judgmental and withdrawn. In Jeff's mind, he will feel loved and safe when Pam behaves the way he wants her to behave, and he feels justified in attempting to control her when she is out of line. Love for Jeff means someone doing what he wants, and he wants control over this.

Pam, on the other hand, tends to focus on Jeff's reactions to her. Pam wants control over Jeff being warm, accepting and understanding. When Jeff is judgmental and withdrawn, Pam feels unsafe and tries to control Jeff with her niceness and caretaking, Pam gives herself up and tries to do what Jeff wants in order to control his feelings about her and his reactions toward her. Eventually, when Jeff does not give her the acceptance she desires, she gets angry, but niceness and caretaking are her first lines of control. Love for Pam means someone being accepting of her and she wants control over this.

It's easy to see Jeff's controlling behavior. His anger, judgmentalness and withdrawal are quite obvious. It's harder to see that Pam is actually just as controlling as Jeff - not about what he does, but about how he reacts.

Since most people hate being controlled, many people will covertly resist whatever it is the other person is wanting. For example, Pam may consistently be late because she knows it really bugs Jeff and it becomes her way of not being completely controlled by him and punishing him for trying to control her. Jeff may act accepting, yet his energy is anything but accepting. Not wanting to be controlled by Pam, he may refuse to give her the acceptance she is seeking. It can become a crazymaking interaction when Jeff acts like he is giving Pam what she wants, yet energetically Pam still feels judged.

The Freedom Of Accepting Our Lack Of Control

It took me a long time to recognize my own controlling behavior, because I've never been controlling of what people do. I've always given my family and friends great latitude to be themselves and do whatever they want regarding what makes them happy. Eventually I realized that my control was always around how people feel and respond. I wanted people to be open, caring, and compassionate with me so that I would not have to feel lonely with them. It was a huge awakening for me when I realized how many controlling things I did to try to get others to be loving with me. Accepting my lack of control over how others choose to treat me has been extremely freeing. Now, if someone is unloving to me, I no longer act nice or compliant in an effort to get them to be loving. Now I just go to Spirit and find out what it means to take care of myself in the face of their unloving behavior, accepting that I have no control over how another chooses to be. Accepting that I can't control others' feelings or behavior has freed me to take loving care of myself.