Home > Learning Center > Anger Management > They Should Have Beat Me More - The Cycle of Physical Abuse
Are You on Your Mobile Phone? Click here for 2800+ mobile optimized, self help and self growth articles.

They Should Have Beat Me More - The Cycle of Physical Abuse

Learn why hitting children is not a healthy form of discipline. 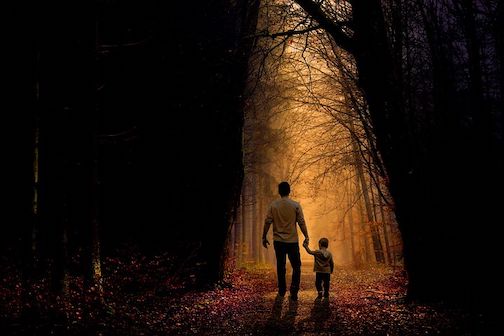 Some years back, I conducted a two-day Inner Bonding Intensive workshop with men who had recently been released from prison for domestic violence. With the men were their wives, as well as the father of one of the batterers who was still in prison.

The father, Douglas, sat in front of me, sharing his childhood experiences.

"Oh yeah. She beat me all the time. My daddy beat my momma and my momma beat me. But she beat me because I was bad. I was really bad. Maybe if she had beat me more, I wouldn't have been so bad."

"What did she beat you with?"

"Anything she could get her hands on. Extension cords, wooden spoons. Often I had to go into the yard and pick out the switch."

"How did you feel when you knew you were going to get a beating?"

"Oh, I was terrified. I'd beg and plead and promise not to do again whatever it was she was mad at. But that never worked. I always got the beating. Then after the beating she would tell me that she loved me, that it was for my own good, and that it hurt her more than it hurt me."

"Why do you think you did the alcohol and drugs?"

"I was just hurtin' too much. It took me outta all the pain for awhile."

"What was the pain?"

"Do you think it is possible that you were hurting because the woman who was supposed to protect you was instead hurting you? That she was confusing you by telling you she loved you while she was beating and terrifying you? That there was no one to turn to for safety and nurturing? That you were scared much of the time for fear of the beatings? That you were terribly lonely and could not turn to your parents because they were the ones causing the pain?"

As the light bulb when on in his mind, the tears started rolling down his weathered cheeks. Soon he was sobbing.

"That's right....That's right....The beatings were the problem. More beatings would not have helped. And I beat my children thinking it was the right thing to do, and now my son is in prison for beating his wife and protective services want to take away their daughter. And I almost hit her the other day when she didn't mind me. I'm so glad I didn't. This has to stop! This has to stop!"

I looked around the room. Everyone was in tears. Kathy, the wife of one of the batterers, spoke up, sobbing.

"I've always hit my kids, and no matter what anyone told me about it not being good, it never made sense to me. This is the first time I understand why it's not a good or loving way to discipline my kids. And I can see why I'm having so many problems with my older son and why he is on drugs. He has always been furious with me and I had no idea why. Now I understand. I need to learn a new way to discipline. I'm going to take a parenting class and start reading parenting books."

I hugged Douglas for the profound work he did, and for the effect his work was having on everyone in the room. I thanked God for giving me the privilege of working with these people. All of them, it turned out, had been severely beaten as children.

I am deeply grateful to James Beard who used to conduct workshops within the prison with batterers, and to Lindsay Wagner, who also worked with these men and their families. Both of them assisted me at this workshop. We all smiled at each other in deep gratitude for the healing that was taking place.

Join Dr. Margaret Paul for her 30-Day at-home Course: "Love Yourself: An Inner Bonding Experience to Heal Anxiety, Depression, Shame, Addictions and Relationships. The more you learn to love yourself, the better parent you will be.