Home > Learning Center > Relationship Advice, Love Advice > Do You Believe You Have to Prove Your Love?
Are You on Your Mobile Phone? Click here for 2800+ mobile optimized, self help and self growth articles.

Do You Believe You Have to Prove Your Love? 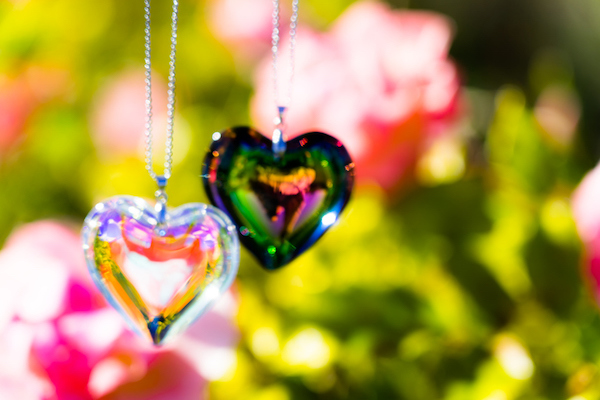 Melanie grew up with a narcissistic mother who demanded that Melanie conform to her mother’s concept of how a child should behave. To protect herself from her mother's anger, blame and disapproval, Melanie tried to be the "perfect child". She got excellent grades in school, was obedient at home, and never did anything to cause her parents to worry about her. She would listen for hours to her mother's complaints, becoming a mother to her mother by the time she was twelve years old. Melanie was parentified and learned to be a caretaker, always trying to prove to her mother that she loved her.

Yet no matter what Melanie did to please her mother, it was never enough.

In Melanie's mind, the only way she could feel like she was a good person was to prove to others who were important to her that she loved them. This pattern continued in her marriage. Melanie married a man much like her mother - a narcissist who constantly demanded her time and attention. Again, no matter how much time and attention she gave to her husband, and no matter how much sex she had with him, it was never enough. Like her mother, her husband was never happy with her and was frequently angry, blaming and disapproving of her.

The same pattern continued with her children. Fearing her children's disapproval, Melanie completely gave herself up to her children, attempting to meet their every need. The more she did this, the more demanding and brattier her children became.

By the time Melanie consulted with me, she was physically and emotionally exhausted and depleted.

She was getting sick a lot and felt profoundly depressed. She felt like she just wanted to give up on life. She was still constantly trying to prove her love to her family as well as to her friends, and it wasn't working at all.

As Melanie started to practice Inner Bonding, she realized that she was making others responsible for defining her goodness and worth. She realized that, while she really was a very loving and giving person, much of her giving was motivated by the need to be seen as a good person. She saw that she would continue to be vulnerable to others’ demands until she no longer needed them to define her with their approval. She realized that until she defined herself through her spiritual guidance, and until she took loving care of herself, she would never feel that she was good. She discovered that feeling like a good person could never come from others - it had to come from her own loving actions toward herself. She saw that her inner child would never feel seen as a good person until Melanie treated her lovingly.

While Melanie did not stop being loving to her husband and children, she was no longer jumping to meet their every demand and trying to prove her love to them. Instead, she began to tune in to what was in her highest good in the face of their demands.

As Melanie started taking care of herself, her relationships with her family slowly changed.

While her husband and children were not always happy with her, she discovered that they respected her more than when she was giving in to them. Their demands, anger and blaming gradually diminished since these behaviors no longer worked to control Melanie. In addition, Melanie was no longer exhausted and depleted, nor was she getting sick so often. By defining her own goodness, she no longer felt that she had to prove her love to anyone. She knew she was a good and loving person, and she knew that she deserved to be treated with caring and respect.

The higher your frequency, the easier time you will have hearing your spiritual Guidance. Fear, hurt, anger, anxiety, judgment, depression, as well as sugar, drugs, alcohol, lots of food, heavy food, and controlling behavior lower your frequency. Love, laughter, joy, peace, pure foods and the intent to learn raise your frequency. Today, notice this.

The higher your frequency, the easier time you will have hearing your spiritual Guidance. Fear, hurt, anger, anxiety, judgment, depression, as well as sugar, drugs, alcohol, lots of food, heavy food, and controlling behavior lower your frequency. Love, laughter, joy, peace, pure foods and the intent to learn raise your frequency. Today, notice this. By Dr. Margaret Paul