Home > Learning Center > Anger Management > Healing Anger
Are You on Your Mobile Phone? Click here for 2800+ mobile optimized, self help and self growth articles.

Do you get angry and irritated, even when trying to stay calm? Discover an underlying source of anger that, when addressed, will move you beyond reactivity. 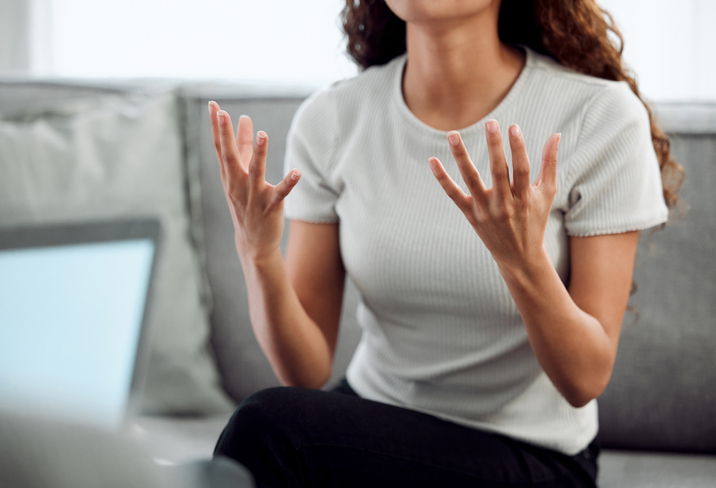 Gretta is very devoted to her spiritual path. It is extremely important to her to move through her life as a loving and compassionate person. She has a big heart and is always doing nice things for other people. It was, therefore, deeply upsetting to her when she would find herself suddenly irritated, angry, or blaming toward someone. Yet as hard as she tried to be consistently loving and compassionate, the anger and blame continued to surface.

Her wounded self was generally in charge on the inner level, constantly judging her for almost everything she said and did.

"You will never be whole. You are too flawed to really heal."

"You are stupid. You will never understand things that others understand."

"You've done it wrong again. You will never get it right."

"You are ugly. No one will ever love you because you are too ugly."

"You will always be alone."

"You are here to serve others. It is selfish to think of yourself."

On and on went the programmed voice of her wounded self, picking her apart regarding her interactions with others.

When she wasn't judging herself, she was ignoring her own feelings, and instead, attending to others' feeling and needs. Everyone else's feelings and needs were more important to Gretta than her own.

It became apparent that her anger at others was really a projection of her inner child's anger at her for treating herself so badly.

Even though Gretta received great joy from giving to others, it was not enough to counteract the pain she caused herself with her self-abandonment. Because there was no inner loving adult to be caring, understanding, compassionate and accepting of herself, Gretta’s inner child was often looking to others for the love that she was not giving to herself. When another person was inattentive or judgmental - mirroring Gretta's own treatment of herself - she would suddenly feel irritated, angry, or blaming. She would feel like a victim of the other person's behavior and would then lash out in anger, trying to control the other person into treating her the way her inner child wanted to be treated by her.

However, even realizing this did not change her inner system. Gretta was devoted to believing that being loving and compassionate to others would bring her the deep inner fullness and self-worth she was seeking. She discovered that she was very resistant to self-care, because of a fear that God and her inner child wanted to control her. Having come from controlling parents, the last thing she wanted was to be controlled – by anything or anyone. As long as she was operating from the false beliefs that her guidance and her own soul wanted to control her, she was resistant to self-care. And as long as she was resistant to self-care, she would continue to project her anger onto others.

Gretta learned to value her anger rather than judge herself for it, because she realized that her anger at others was letting her know that she was not taking loving care of herself.