Home > Learning Center > Sexuality and Intimacy > When To Have Sex in a New Relationship
Are You on Your Mobile Phone? Click here for 2800+ mobile optimized, self help and self growth articles.

When To Have Sex in a New Relationship

Have you had sex with someone you thought was partner material, only to have the relationship disappear right after having sex? 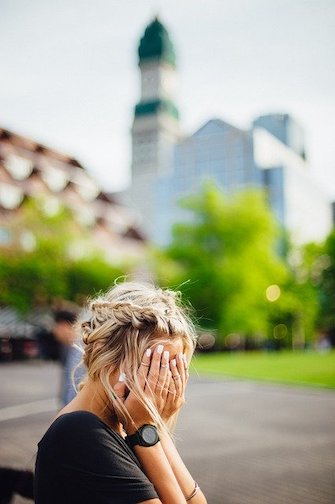 Joanie, 52, had been dating Ken, 56, for a few months when they went away together for a weekend. Until that time, Joanie had chosen not to have sex with Ken. While she knew that she and Ken were not in love with each other, she felt that they really enjoyed each other's company. They had a lot in common, and Ken was the most interesting man that Joanie had met in a long time. She decided to sleep with him because she felt that they had a good chance of developing the relationship.

However, after that weekend, Ken informed her that he needed some space from the relationship. Joanie was shocked and dismayed. While she knew that the sex had not been passionate, she thought there was enough in the relationship to keep seeing each other. She could not understand why Ken had so abruptly pulled away. When she questioned Ken about it, he just said that he knew she was not the right one for him.

Joanie contacted me for a session to try to understand what had happened.

"Have you seen this happen before?" she asked me.

"Oh yes, many many times," I answered.

"Why did it happen? We were doing so well together."

"Joanie, the problem is having sex before having developed a deep level of caring between you."

"Why is this such a problem?"

"If sex is really great at the beginning of a relationship, then it is compelling enough for people to hang in and perhaps develop deep caring. But if the sex is mediocre, there is not enough juice to sustain the relationship without the deep level of caring. If you have been together long enough for love, caring and emotional intimacy to have developed, then the relationship can progress toward good sex even if the sex isn't so great at the beginning. And, there is a MUCH better chance for great sex when it is an expression of love than when it is more casual. "

"But I was willing to keep developing the relationship even though the sex wasn't great. Why wasn't he?"

"You and Ken are different. Obviously, for him, the sex is very important. If he had been deeply connected with you, he might have hung in there. But for him, mediocre sex combined with not having that deep emotional connection means to him that you are not the right woman for him. This is not an uncommon situation, which is why I counsel the people I work with to not have sex until you are certain of the love, caring, and commitment to the relationship."

"Oh, I wish I had known that. Are you saying that if we had not had sex for a much longer time, that the caring might have been deep enough to sustain us through challenging sex?"

"Either that would have happened, or the deep caring and connection would never have developed and you would not have put yourself in the position of having sex only to lose the relationship."

"Yes, and I would not be feeling nearly as badly if I had not had sex. Once I have sex I get really attached to a man. I can see that I need to be far more careful about putting myself in that position. I thought I was doing great waiting a few months, but I can see it is not so much a matter of time but a matter of the depth of caring and connection. I knew that we didn't have that level of caring but I thought that enough time has elapsed that it was okay to have sex. Now I see that the caring is the issue. I'm not going to do that again!"