Home > Learning Center > Addiction, Recovery > Addiction to Fantasy and Daydreaming
Are You on Your Mobile Phone? Click here for 2800+ mobile optimized, self help and self growth articles.

Addiction to Fantasy and Daydreaming 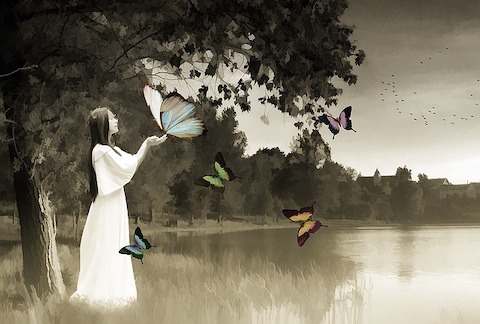 There is an interesting thing about daydreaming and fantasy: sometimes it works to manifest what you want in life and other times it keeps you stuck in your life. What makes the difference?

The difference has to do with your intent

Are you consciously imagining what you want from a place of inner connection and joy, or are you using daydreaming and fantasy to avoid your feelings and avoid reality?

When you consciously and joyously imagine what you want, you are participating in creating what you want. However, when you use fantasy and daydreaming as a way of avoiding your feelings and avoiding the reality of a situation, you are using them addictively.

For example, Mort did not like how he felt most of the time when he was aware of his feelings, so as soon as he felt badly he would immediately move into daydreaming. He would daydream about beautiful women or being a famous sports hero. As with any addiction, he would feel good while he was daydreaming, but because he was avoiding taking responsibility for his feelings, his inner child felt abandoned by him most of the time. This painful inner abandonment was what Mort felt when he would do Step One of Inner Bonding - tuning into his feelings. Daydreaming became the major way he abandoned himself and the major cause of his pain.

As with any addiction, the thing he was using to avoid his pain was causing his pain

It was a progressive disease. The more he daydreamed, the less present he was and the worse he felt. Until Mort became willing to feel his pain, he was stuck in his addictive pattern.

Kendra was addicted to fantasy. When she met a man she liked, she would fantasize about him, making him up into whom she wanted him to be. Instead of staying present and getting to know him, she would make him up and then act with him as if whom she made up was the reality. Over and over Kendra ended up getting hurt by men because they were not conforming to her fantasy of them.

For example, when she met Robert, she was immediately attracted to him. When he came over and talked to her at her friend's wedding, she instantly decided that he really liked her. After the wedding, she started to make him up and "fell in love" with whom she made up. By the time Robert called her for a date, she was already "in love" with him, and had made up that he was in love with her. When he didn't call for a second date, she was devastated. That's when she set up a phone session with me.

She spoke about how abandoned she felt by Robert. It took some time for Kendra to understand that there was no external abandonment occurring - that it was Kendra who was abandoning herself. Instead of staying connected with herself and her Guidance, Kendra was handing her inner child over to any man she was attracted to and making up his attraction to her. Until she decided to learn to give herself the love and attention that she was always trying to get from a man, her ego wounded self would be addicted to fantasy.

It is fascinating to me that the same behavior can have totally different outcomes depending on the intent. Just as we can use meditation to connect or to avoid our feelings, so can we use fantasy and daydreaming to manifest what we want or to abandon ourselves by avoiding responsibility for our feelings.

Being aware of our intent to learn or to avoid and control has far-reaching effects on our lives!

Image by InspiredImages from Pixabay