Home > Learning Center > Relationship Advice, Love Advice > Relationships: Mysteries of Attraction
Are You on Your Mobile Phone? Click here for 2800+ mobile optimized, self help and self growth articles.

Do you find yourself attracted to the same kind of person over and over and it never works out? Learn why! 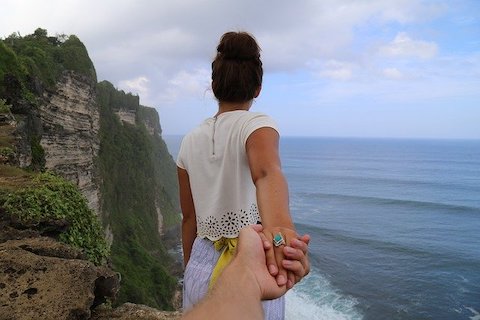 What does this mean?

For example, Jackson, a very attractive man in his early 50s, had been married three times and had been in many relationships. He consulted with me because he was tired of going from relationship to relationship. He wanted a long-term relationship.

"Even though each relationship seems to be very different than the last one, in the end they all turn out to be the same."

Jackson grew up with an angry father and a mother who, on the surface, pretended that everything was okay, but was always pulling on Jackson to make her feel loved. Not surprisingly, Jackson consistently picked women who looked all together but who were really needy. He was mystified as to why he kept picking the same kind of woman.

Through his Inner Bonding work with me, Jackson discovered the deep level of loneliness he had felt with his mother. While she was a beautiful woman on the outside, on the inside she was empty and needy. He discovered that he had been drawn to women who were just like his mother, and then, with his criticism and controlling behavior, tried to get them to connect with him. His mission with each woman he met was to find a way to heal the woman so he would not be lonely with her. More than wanting connection with a woman, he wanted CONTROL over the connection - which is not possible. In each relationship he ended up withdrawing when his control attempts didn't work.

As long as Jackson wanted control over connection, he would be attracted to disconnected and needy women. Once he fully accepted his lack of control over whether or not a woman connected with him, he found himself attracted to an open and loving woman - a woman who connects to him because that is who she is.

If you are a caretaker, addicted to fixing others while ignoring yourself, it is likely that you find yourself attracted to takers - self-centered people who want others to take care of them.

If you are an angry, controlling person, it is likely that you are attracted to people who easily give themselves up, or to people who are very resistant.

If you are an empty person, it is likely that you are attracted to a vibrant caretaking person.

On the other hand, if you do your Inner Bonding work, healing your low self-worth, your need to control, your anger or caretaking your resistance, your addictions to substances and processes, your fear of rejection and your fear of engulfment, and you discover how to take loving care of yourself, you will find yourself only attracted to loving, kind and secure people.

If you want to attract a loving and caring person, then you first need to become that person yourself - through a committed Inner Bonding practice.