Home > Learning Center > Addiction, Recovery > Addiction to Video Games
Are You on Your Mobile Phone? Click here for 2800+ mobile optimized, self help and self growth articles.

Video game playing has become a major addiction that people use to avoid responsibility for their feelings. 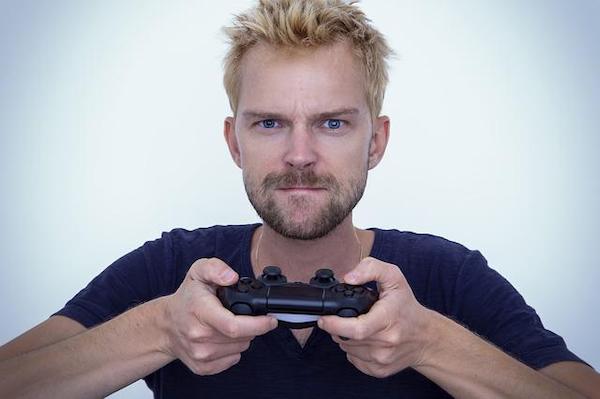 Ed consulted with me because he was concerned about his 16 year-old son.

"He doesn't have any friends. I'd like to spend more time with him but there doesn't seem to be anything he likes to do."

"How does he spend his time?" I asked.

Betsy consulted with me because she was concerned about her husband's lack of motivation.

"Every night he plays video games for hours and then is too tired the next day to do a good job at work. I'm afraid he is going to lose his job, but he gets angry at me if I say anything to him about it."

Carolyn consulted with me because of her concern over her two sons.

"After graduating high school, Brandon did a semester of college and then dropped out. Matthew graduated last year and has been doing some odd jobs, but neither of them seem motivated to do much of anything."

"How do they spend their time?"

"They sleep in and then play video games."

A study conducted by the Centers for Disease Control and Prevention indicates that 45 percent of the population of people between the ages of 19 and 90 are video game players, with an average age of 35.

According to the study, "Video games might be regarded as an obsession for youngsters but in fact the average player is aged 35, often overweight, introverted and may be depressed." 56% of the video game players were men. The research suggested that "video gaming for adults may be a form of 'digital self-medication.'"


Is this really any different than using alcohol, drugs, food, TV, or any other activity to avoid feelings and taking responsibility for one's feelings?

Obviously, playing video games has become a huge addictive activity in our society.

While the average age of video game players is 35, it is unlikely that they started playing at age 35. Probably, like Ed and Carolyn's children, they started earlier and never stopped.

As I explored with both Ed and Carolyn, it became apparent that both of them were role modeling addictive behavior for their children. Ed would spend his downtime watching TV and drinking beer, while Carolyn used food to avoid her feelings. Although neither Ed or Carolyn played video games, this is likely because video games were not around when they were younger so they got addicted to other things. But neither Ed nor Carolyn were showing their children by their own behavior how to take responsibility for their own feelings.

I worked with both Ed and Carolyn on learning to take loving care of themselves and on how to interact with their children in ways that encouraged them to begin to take loving action for themselves. Gradually, the parents and the children began to take steps toward letting go of their various addictions.

Fortunately, Betsy's husband was willing to join her in sessions with me. In dealing with his fears of rejection and failure that were behind his addiction to video games, he became willing to limit his video game playing to 1 hour each evening.

All addictions are ways of avoiding the feelings that you believe you can't manage. It is unrealistic to think that you will just stop your addictions if you haven't learned to take responsibility for creating many of your painful feelings with your own self-abandonment, and you haven't learned to lovingly nurture the challenging feelings of loneliness, heartache, and heartbreak that are a part of life.

Image by Sammy-Sander from Pixabay