Home > Learning Center > Happiness, Healing, Self-Esteem > An Aikido Perspective to: "When It Is Loving to Be Controlling"
Are You on Your Mobile Phone? Click here for 2800+ mobile optimized, self help and self growth articles. 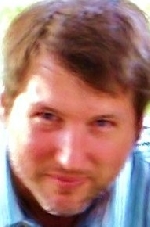 An Aikido Perspective to: "When It Is Loving to Be Controlling"

In the martial art of Aikido, as new students, when an “attacker” approaches us there is often fear, an internal contraction, a withdrawal into the head.  The body gets tight and rigid and there is a perception of internal and external conflict.  Whether we passively submit or aggressively fight back to the forces coming at us, there is a “me” and there is a “you”.  We perceive self and other as objects who are separate.  We feel threatened and we now need to control either me or you (or both!) in order to feel safe.

This is “intent to control” from an Aikido perspective:  I am not centered in my belly (which is my connection to the Universal).  I feel separate and this separate mentally-created “me” I am identifying with feels threatened and I go into survival mode.  No matter what my outer or inner behavior from this stance, I am in some way trying to control life.  Students try to correct their body movements, but it really doesn’t change anything because the main underlying issue is where the student is holding their awareness and thus their identity—in the head instead of in the core.  When I am “in my head”, I feel threatened and I have to try to control life.  I react from survival instinct and it takes a lot of exertion and effort.

On the other hand, “intent to love” from an Aikido standpoint means staying centered within oneself within the core (belly) while simultaneously experiencing the “attacker” as a loving friend who wants to “dance” with us.  There is an effortless and pleasurable blending with the now friendly force and then a feeling of freedom as the force is safely redirected in a way that feels more like play than fighting.  This is “control” in a different sense in that it is a creative response to the forces coming at us and it is a different part of ourselves that is doing the responding.  We are powerfully loving, connected with Self and connected with other, but also we don’t just stand there passively and allow someone (or life in general) to bowl us over.

Our response movement arises from the feeling of oneness.  It happens spontaneously and joyfully from an intent to love not an intent to control.  But perhaps the reason we can choose that intent is because we feely safely centered in our true Self-- there is no need to control because true Self never felt threatened.  As a result, we feel free to respond to the forces of life (internal and external) without needing to control them in order to feel OK.  Amazingly something new has been manifested: where before there was a threatening or annoying conflicting force, now there is only Life unfolding and we are completely free to creatively dance with it.

To me, the parallel to Inner Bonding is very close:  when I am identified with my Wounded Self I have to control life because I constantly feel threatened by the forces coming at me—I have to control or resist being controlled.  However, when I contact and center in my Core Self, I feel unthreatened and naturally love because that is who I really am.  My heart opens and I feel non-controlled and completely free to co-create my life.  There are no longer annoying forces presenting themselves as tiresome obstacles, but rather wonderful opportunities for thrilling brand-new creation.  This is the fruit of practice both in Aikido and in Inner Bonding.  May it ripen easily and quickly for all of us.  Domo arigatou.

Mark Lersch, LPC, is a Certified Inner Bonding Facilitator in private practice and holds a second degree black belt in Aikido. He works with individuals and couples in person, on the phone or via Skype. Mark can be reached at (505) 466-2999 or at his website: http://corequestpotential.com/home